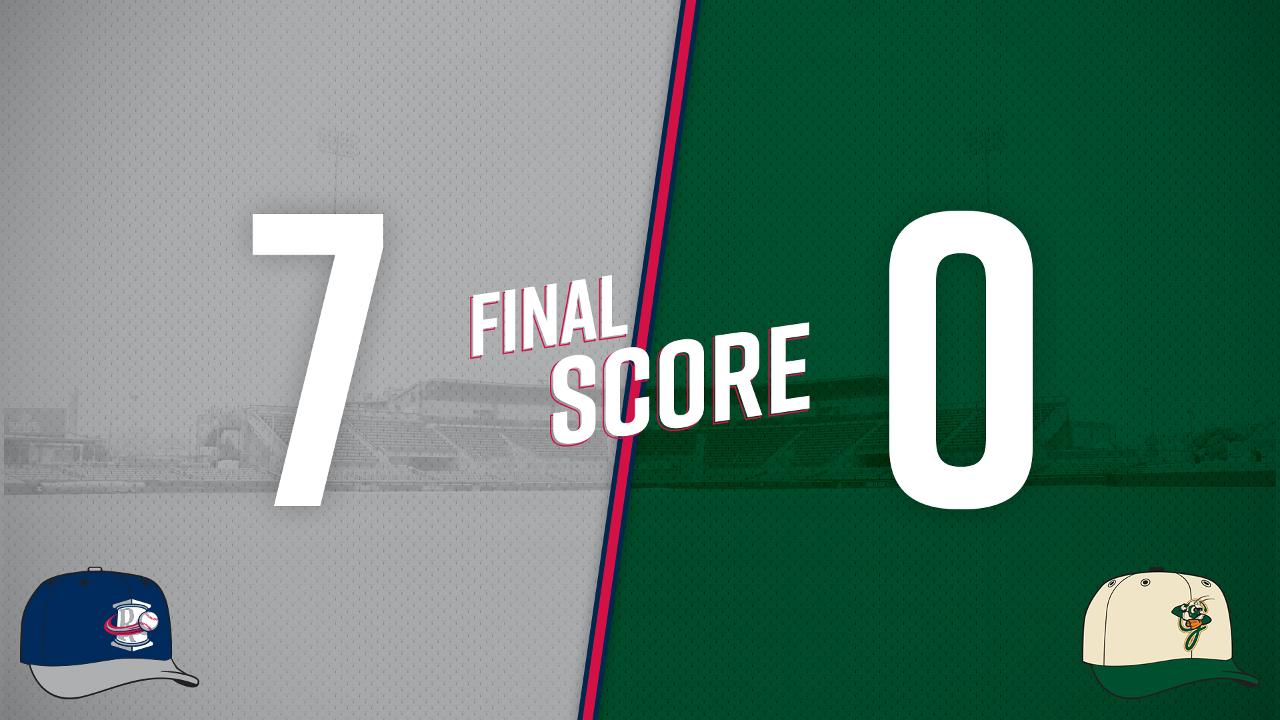 GREENSBORO, NC - Rome salvaged a split in their four game series in Greensboro with a 7-0 shutout victory over the Grasshoppers on Thursday night. Lefty starter Mitch Stallings shoved heat for 8 scoreless innings and Bryce Ball socked a pair of homers and drove in five runs.

The Braves broke a scoreless tie in the 3rd inning when their newest position player Connor Blair ripped a solo homer onto the left-center field berm at First National Bank Field. It was Blair's first hit as a Rome Braves and would ultimately prove to be the game-winning RBI.

Rome made things more lopsided in the 6th on the strength of their cleanup hitter. With two on and nobody out Ball hit a lined shot down the left field line for an opposite-field three run homer. The blast gave Rome a 4-0 lead.

Ball struck again in the 8th inning, this time pulling a long two run bomb out to deep right and towards the street beyond the ballpark. Ball finished his night 2-4 with two homers and five RBI.

Rome would add an RBI single from All-Star Greg Cullen in the 9th inning to make it 7-0. The offensive outburst was more than enough to back Stallings. The Duke alum was at his best on Thursday, keeping the Hoppers hitters baffled. Stallings finished his longest outing with Rome going 8 shutout frames, allowing 6 six hits but none for extra bases. He struck out four and walked two. He faced the minimum through the first 3 innings and only once allowed a runner to reach third base.

Cullen was 3-5 with an RBI. Shea Langeliers went 2-5 with two doubles and scored two runs. Blair was 1-3 with a homer, walk and a stolen base.

Rome finished the road trip with two wins and two losses and returns home for a four game series versus Asheville. The Braves are three games behind Augusta and two games back of Asheville. First pitch of Game 1 from State Mutual Stadium is scheduled for 7 pm Friday.