Braves held to two total runs in pair of losses 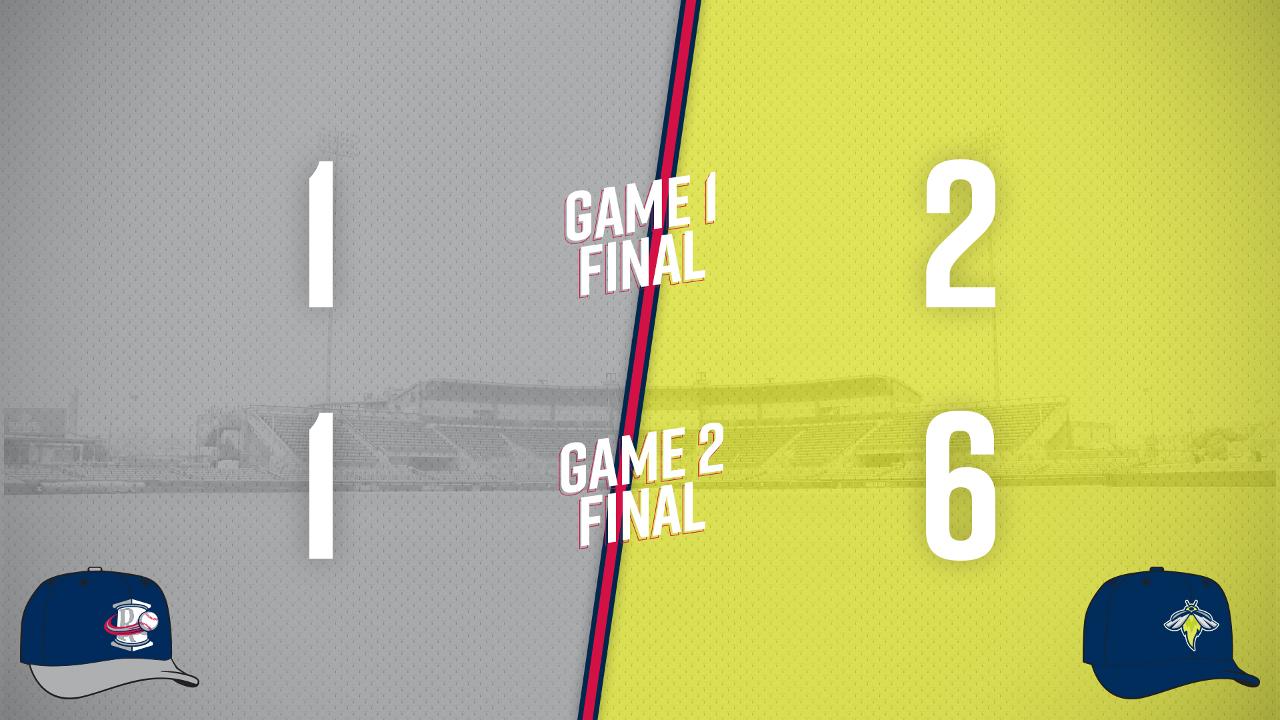 COLUMBIA, SC - Columbia swept a doubleheader against the Rome Braves on Monday evening, winning 2-1 and 6-1 at Segra Park. The victories gave Columbia the series win and continued a trend of the Fireflies having an upper hand this season against their Southern Division rival.

After scoring 11 runs in a shutout win on Sunday the Braves bats cooled off during Monday's action. Rome got a solid pair of starts from RHP's Alan Rangel and Victor Vodnik but could not find the key hits with runners in scoring position to back them up.

In Game 1 Rome took an early 1-0 lead on an RBI single from Greg Cullen in the 3rd inning. Rangel was cruising until the 5th when an unearned run came across after a dropped pop-up had extended the frame. Columbia shortstop Ronny Mauricio drove a triple off the wall in right to tie the game 1-1. Rome got runners into scoring position in the 5th and 6th innings but was unable to cash in. Columbia walked it off in the Bottom of the 7th on a bases-loaded single by Brian Sharp into deep left field.

Rangel took the tough luck loss but pitched admirably. The Mexican right-hander went 6.1 innings and allowed two runs, just one earned, on seven hits. He struck out five. The only walk he issued was intentional.

Game 2 played out in similar fashion for the Braves offense with plenty of opportunities for rallies but run-scoring hits proving to be elusive. Trailing Columbia 1-0 in the 5th inning the Braves got their best opportunity of the game. Ariel Montesino led off with a triple and later scored on a Justin Dean sacrifice fly into right field. The next three Rome hitters all reached base as Ricardo Rodriguez doubled, Cullen walked and Trey Harris singled. The rally fizzled after a bases-loaded strikeout.

Columbia broke the 1-1 tie in the Bottom of the 5th on a three run homer off the bat of Brian Sharp. The Fireflies then capped the scoring on a two run shot out to left by Gerson Molina in the 6th inning. Rome outhit Columbia eight to seven in Game 2 but finished 1-9 with runners in scoring position.

Columbia has won seven of nine games head-to-head against Rome so far this season, including winning five of six played at Segra Park.

Cullen hit safely in both games of the doubleheader and finished a combined 2-6 with a walk and an RBI. Harris went hitless in Game 1 but was 3-3 in Game 2 and lifted his season average to .384. Vodnik threw 3 shutout innings in Game 2, allowing two hits and no walks with three strikeouts. Reliever RHP William Woods took the loss in his Rome debut for allowing the go-ahead homer to Sharp.