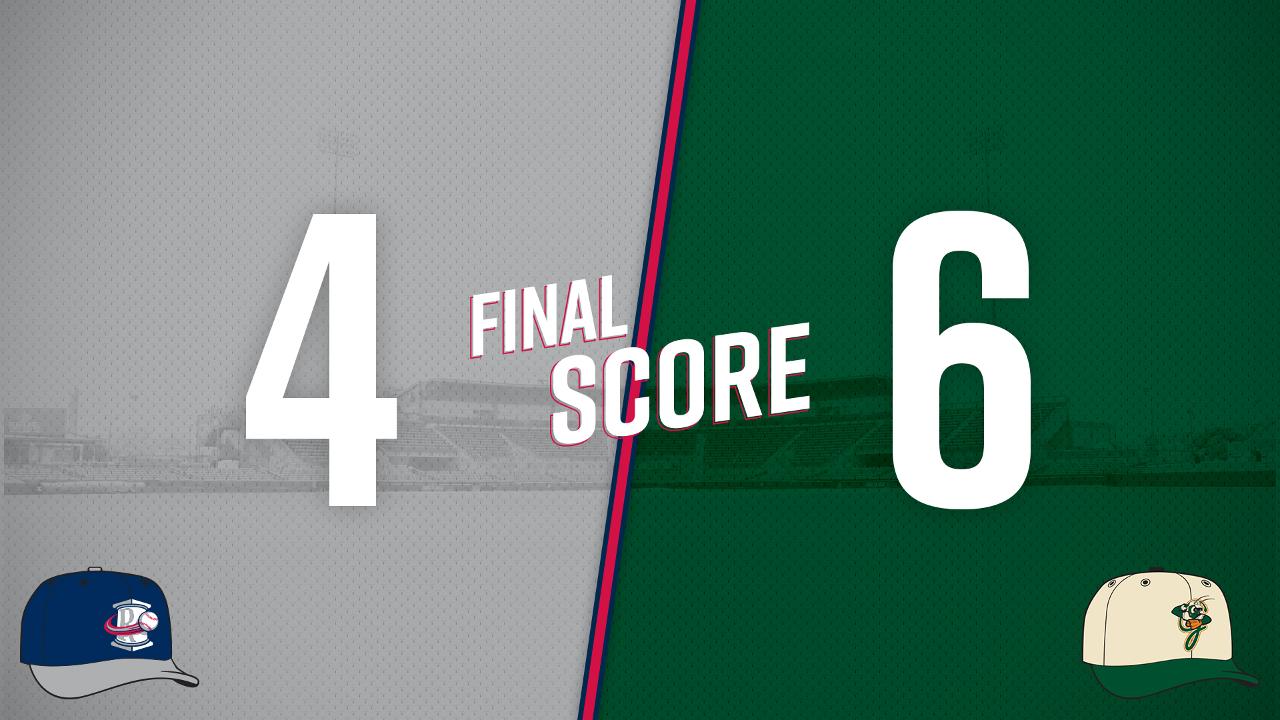 GREENSBORO, NC - Leading Greensboro 4-3 in the 8th inning the Rome Braves appeared to be on the verge of an uplifting come-from-behind win, but the Hoppers stole the game in a flash with three runs on four straight hits and defeated the visitors 6-4. The loss sends Rome three games back of Asheville and Augusta in the division race.

Rome got on the board in the 1st inning when Bryce Ball delivered an RBI single with two outs, scoring Michael Harris and putting the Braves up 1-0. It was Rome's first run in their last 17 innings in the series. Greensboro would answer with three runs off starter RHP Alan Rangel in the 3rd inning, thanks in part to a grounder that was misplayed and led to a minor collision between the middle infielders.

Trailing 3-1 the Braves bats got going against the Greensboro bullpen in the 7th inning. Jeremy Fernandez led off with a single. Juan Morales followed with a double into left-center. A grounder up the middle from Carlos Paraguate turned into an infield hit and made it 3-2. The tying run scored on a double-play grounder and the game was knotted up 3-3.

Rome took the lead back in the Top of the 8th with a two out rally. Hagen Owenby ripped a double into right-center field and Brendan Venter brought him home on an RBI single, putting Rome in front once again at 4-3.

The advantage was short lived as the first four Hoppers reached on hits in the Bottom of the 8th and eventually put the game away with a 6-4 win.

Rangel received a no-decision for his work. He went 5 innings and allowed three runs on six hits. He struck out five and walked two.