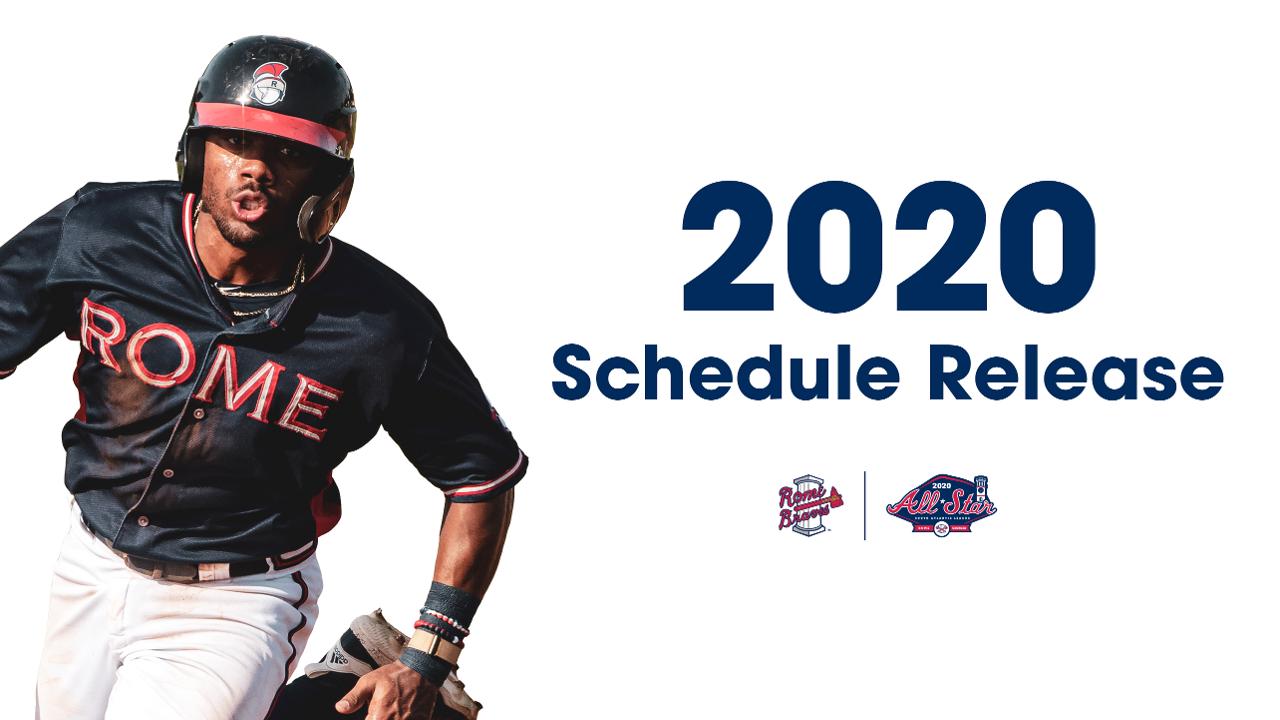 The 2020 season features 70 games at State Mutual Stadium and 70 games on the road during the 140-game regular season. After the opening seven-game homestand, the Braves hit the road for a seven-game road trip before returning home for a quick four-game set against Kannapolis. The Braves then travel to West Virginia and Greenville to close out April and open the month of May.

Rome returns for an off day followed by a seven-game homestand against Charleston (May 5-7) and Hickory (May 8-10). The Braves then travel to Lakewood and Hagerstown for a six-game swing against the Northern Division foes. Rome counters Asheville and Greenville for a six-game homestand before wrapping up the month at Kannapolis and Charleston.

Greensboro and Columbia kick of the next set of games at State Mutual Stadium in June before the Braves travel to Lexington of a quick three-game series. Rome returns for another six-game homestand against Charleston and Augusta before finishing the first half of the season at Asheville.

Rome opens the second half of the season in Columbia and wraps up the month of June at home against Greenville. July opens in Lexington before the Braves return for a long homestand that kicks off on July 4 against Augusta. Rome also hosts Lexington, Lakewood and West Virginia during the month of July.

In August, the Braves have just four home dates against West Virginia sandwiched between two six-game road trips. However, Rome then returns home for an 11-game homestand to wrap up the month. The Braves finish out the season with a seven-game stretch in West Virginia and Greenville that wraps up the regular season on Labor Day.

Game times and promotions for the 2020 season will be announced at a later date. Season tickets and sponsorship packages for the 2020 season go on sale soon. For more information or to pick out your seats today, stop by the Rome Braves Front Office or call 706-378-5144.