Braves get season-highs for runs scored and margin of victory 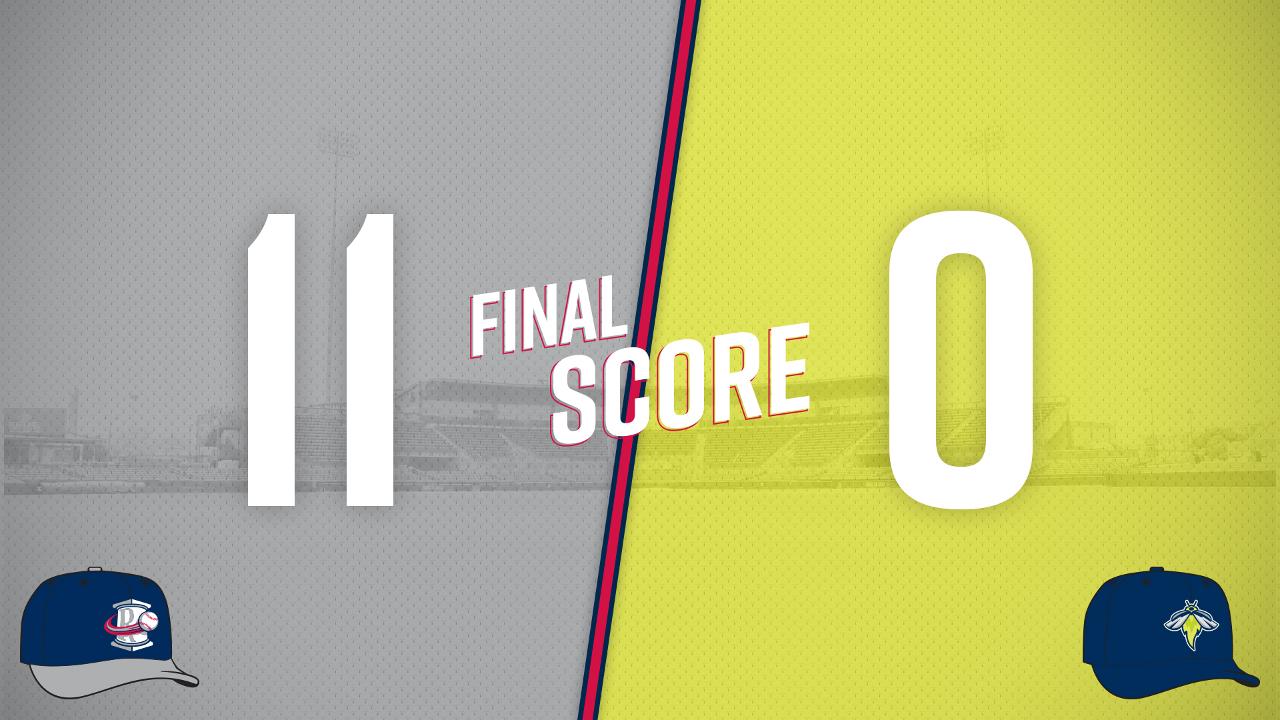 COLUMBIA, SC - The Rome Braves evened their series with the Columbia Fireflies with a dominating performance on Sunday afternoon, shutting out the Fireflies 11-0 at Segra Park.

Rome paired a banner day for their offense with the best starting pitching effort of the season from RHP Odalvi Javier who got the win after twirling 6 scoreless frames. At the center of the lineup's production was a familiar name and the league's leading hitter, outfielder Trey Harris.

The Braves got things going with a pair of two out RBI hits from Justin Dean and Andrew Moritz in the 3rd inning, taking a 2-0 lead on the Fireflies. They created significant separation during a four run 4th inning thanks to a relentless five-hit attack. Harris opened the inning with a single. Logan Brown followed with a hit and Griffin Benson brought in Harris on an RBI groundout. Catcher Ricardo Rodriguez drove a pitch to right to score Brown and then came in on a Braulio Vasquez triple to center. Ariel Montesino got in on the fun with an RBI single of his own to make it 6-0 Braves.

Rome also benefitted from some sloppy Columbia defense. They got an unearned run in the 5th inning on a Benson triple to dead-center, scoring Brown who had reached on a throwing error. In the 8th inning the Braves pushed across four more runs, three of them unearned, on the Columbia bullpen. Dean added an RBI single in the 8th and Harris ripped a two run double to right-center to give the Braves an 11-0 lead and their most lopsided win of the season.

The 11 runs are a season-high, besting the 10 they scored on Friday against the Greenville Drive.

Harris went 3-5 with a double and two RBI. He's leading the South Atlantic League in batting with a .378 average. Dean finished 2-5 with two RBI and two runs scored. Rodriguez was 2-4 with a double, a walk, three runs scored and an RBI. Javier threw 6 shutout innings, allowing only two hits. He walked two and struck out six. Reliever LHP Dilmer Mejia pitched three scoreless innings in relief to grab his first save of the year.

Rome and Columbia will conclude their four game series with a doubleheader on Monday evening. Game 1 will begin at 5:35 pm at Segra Park and Game 2 will start approximately 30 minutes after the conclusion of Game 1. Both contests will be 7 innings in length. Rome will start RHP's Alan Rangel (2-1, 6.00) and William Woods (debut). Columbia will start RHP's Jose Butto (0-4, 4.88) and Alec Kisena (0-1, 3.52).