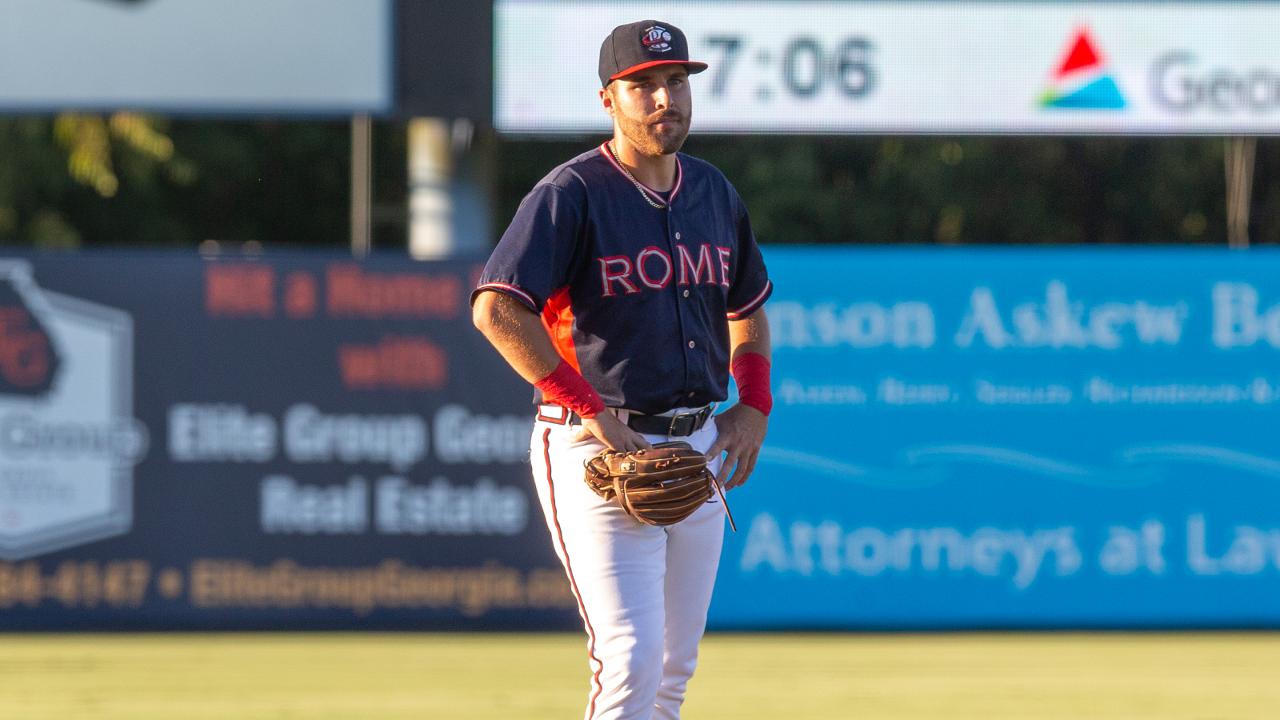 ROME, GA - Asheville claimed a 4-1 win in the series opener versus Rome on Friday night. The result kept the Tourists within one game of the division lead. The loss coupled with a win by Augusta eliminates the Braves from postseason contention.

The Tourists got two unearned runs with only one hit in the 2nd inning after the Braves made three costly errors. Rome never fully recovered in the game.

The Braves did get their lone run in the Bottom of the 2nd as Connor Blair doubled into the left-center field gap to score Brendan Venter and make it 2-1.

But Asheville got another tally in the 3rd inning on an RBI double by Coco Montes and added a final run in the 5th on a double-play grounder to make it 4-1. Both bullpens were excellent and the game stayed deadlocked.

Rome threatened in the 7th and brought the tying run to the plate with one out but a strikeout and a fly ball ended the inning as the Braves stranded two on base. The Tourists shut it down in the 8th and 9th innings to take the series opener.

Rome finished 0-5 with runners in scoring position and left 8 men on base.

Woods pitched well in his final start of the season and deserved a better fate, but received the loss. He threw 5 innings and allowed four runs, two earned, on six hits. He struck out six and did not issue a walk. Rome RHP Rome Shetter was superb out of the bullpen. He faced the minimum across 4 scoreless innings, surrendering one hit and striking out a batter.

Venter was the only Rome Brave with a multi-hit game, going 3-4 with a run scored. Blair was 1-3 with a double, RBI and a walk. Michael Harris was 1-4. Jeremy Fernandez was 1-4.