Déjà Vu! Round Rock Thrills in 4-3 Walkoff Victory over Iowa 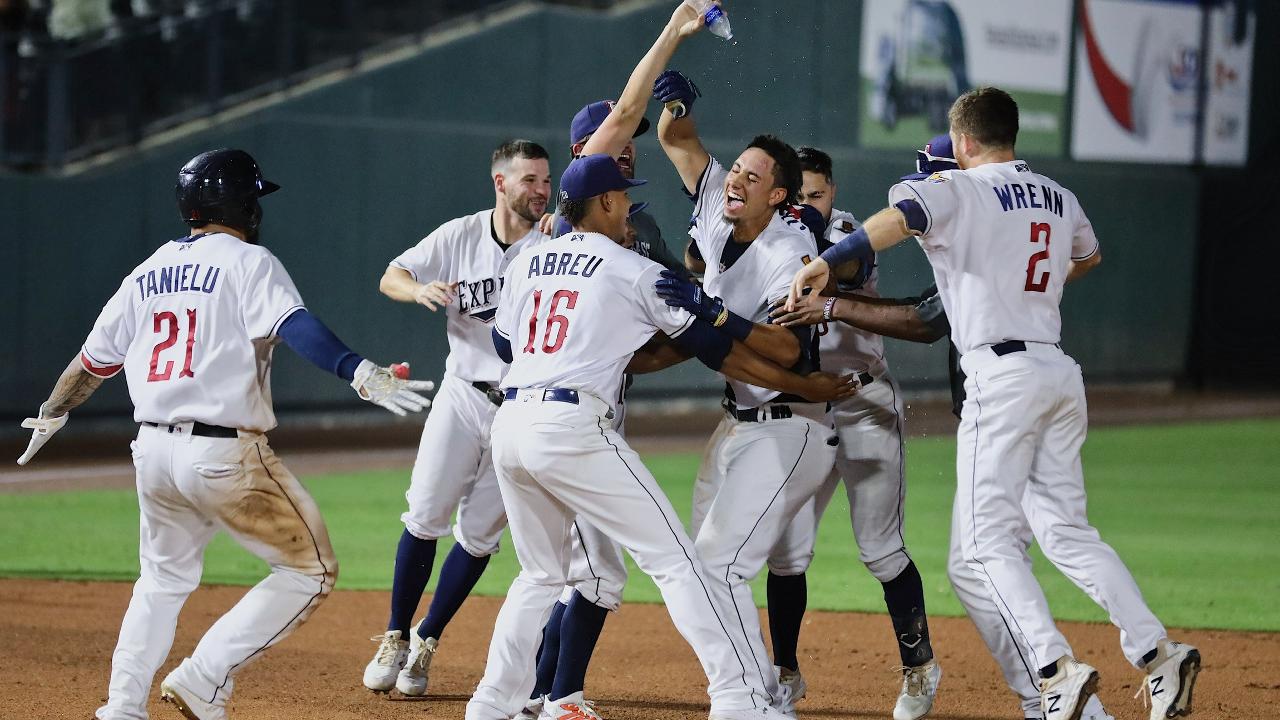 ROUND ROCK, Texas - Déjà vu! The Round Rock Express (2-0) collected their second consecutive walkoff victory over the Iowa Cubs (0-2), this time by a 4-3 final score, to take a commanding 2-0 lead in the American Conference Championship Series on Thursday night at Dell Diamond. A walkoff RBI single off the bat of 1B Taylor Jones fueled the success to bring the Express within one win of the American Conference title.

Round Rock RHP Riley Ferrell (1-0, 0.00) earned the win after tossing 2.0 shutout innings of relief. The righty surrendered only one hit and fanned a batter in the victory. On the losing side, I-Cubs LHP Jordan Minch (0-0, 0.00) suffered the loss after allowing the game-winning run on a hit and two walks while recording just one out.

Iowa struck immediately as 2B Vimael Machin homered on the first pitch of the game to give Iowa an immediate 1-0 lead. One out later, C P.J. Higgins doubled, advanced to third on a wild pitch and eventually extended the Cubs' lead to 2-0 on a Phillip Evans sacrifice fly.

I-Cubs LF Trent Giambrone then drew a walk to lead off the second before racing from first to third on a single off the bat of DH Charcer Burks . CF Conner Myers then used an RBI single to up the visitors' lead to 3-0.

The E-Train got the offense rolling in the bottom of the second. 1B Taylor Jones smacked a leadoff single prior to a Nick Tanielu walk. 2B Alex De Goti and DH Stephen Wrenn then teamed up for a pair of singles, the second of which plated Round Rock's first run.

From there, the foes exchanged four scoreless innings, but Round Rock prevailed in the seventh to start the ballgame over at three. After Tanielu jumped aboard via a walk, a De Goti double put the runner in perfect position to score on a Jamie Ritchie single. With De Goti waiting on third, CF Ronnie Dawson grounded into a forceout that erased Ritchie at second, but the I-Cubs attempt at a double play was not in time, allowing De Goti to trot home with the game-tying run that would eventually force extra innings.

Ferrell tossed a 1-2-3 10th inning to position Round Rock for the walkoff. CF Drew Ferguson drew a walk to begin the frame and quickly hustled to second on a wild pitch. Minch then walked Mayfield moments before Jones collected the pivotal base hit that drove in Ferguson and end the 4-3 victory.

The American Conference Championship Series now shifts to Principal Park, home of the Iowa Cubs. A win in Friday's game three would punch Round Rock's ticket to the Pacific Coast League Championship Series for the first time since 2015. The battle is set to feature Express RHP Rogelio Armenteros (0-0, 0.00) up against rehabbing Chicago Cubs RHP Kendall Graveman (0-0, 0.00). First pitch in Des Moines is set for 7:08 p.m.