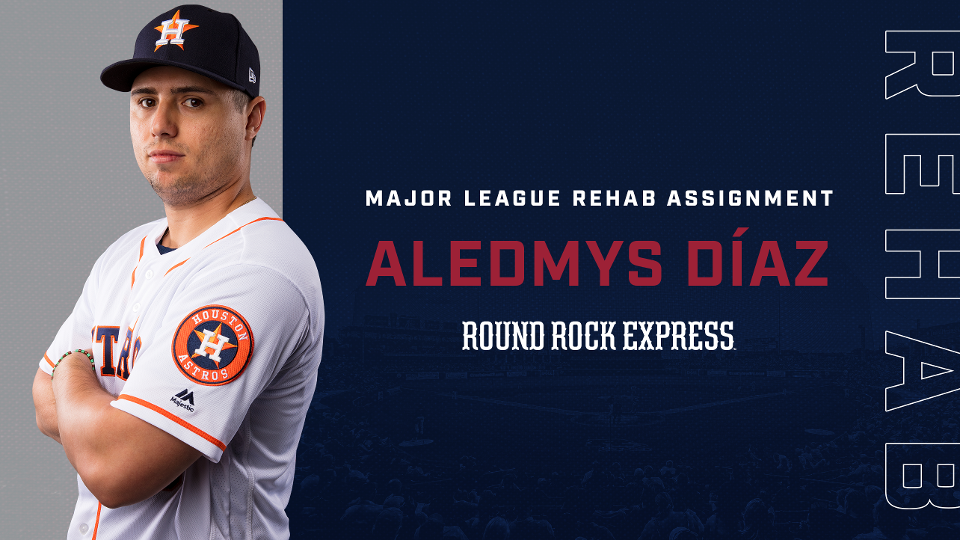 ROUND ROCK, Texas - The Houston Astros announced on Saturday afternoon that 2016 All-Star INF Aledmys Díaz is set to begin a major league rehab assignment with the Round Rock Express beginning today, Saturday, August 23. The Express host the New Orleans Baby Cakes (Miami Marlins affiliate) in a doubleheader at Dell Diamond beginning at 4:00 p.m.

Díaz is recovering from an illness suffered last week. He was added to the injured list on August 17. This marks the second rehab appearance with the Express for the 28-year-old. He previously rehabbed a hamstring injury with Round Rock from July 15-18.

Díaz has appeared in 45 games with the Astros this season, hitting .267 (36-135) with five doubles, a triple, seven home runs and 28 RBI across 45 games in what is his first season with the club. A true utility infielder, Díaz has appeared at all four infield positions, as well as left field, with Houston this season.

He was originally signed by St. Louis as a non-drafted free agent out of his hometown of Santa Clara, Cuba on March 11, 2014. He spent just two seasons in St. Louis' minor league system before making his major league debut in 2016, where he appeared in 111 games with the Cardinals and earned his first career invitation to the All-Star Game. He finished the year with an even .300 average (121-404) with 28 doubles, three triples, 17 homers and 65 RBI.

Díaz played for Los Naranjas de Villa Clara in Cuba's Serie Nacional for five seasons prior to coming to the United States. He debuted with the club as a 16-year-old in 2008, hitting .281 in 34 games. He has represented Cuba in several international tournaments, including the 2010 World University Championship Games.

The Express and Baby Cakes face off in a doubleheader on Saturday at Dell Diamond. First pitch in game one is set for 4:00 p.m. Game two will follow approximately 30 minutes after the conclusion of game one. Both games will be seven innings in length.