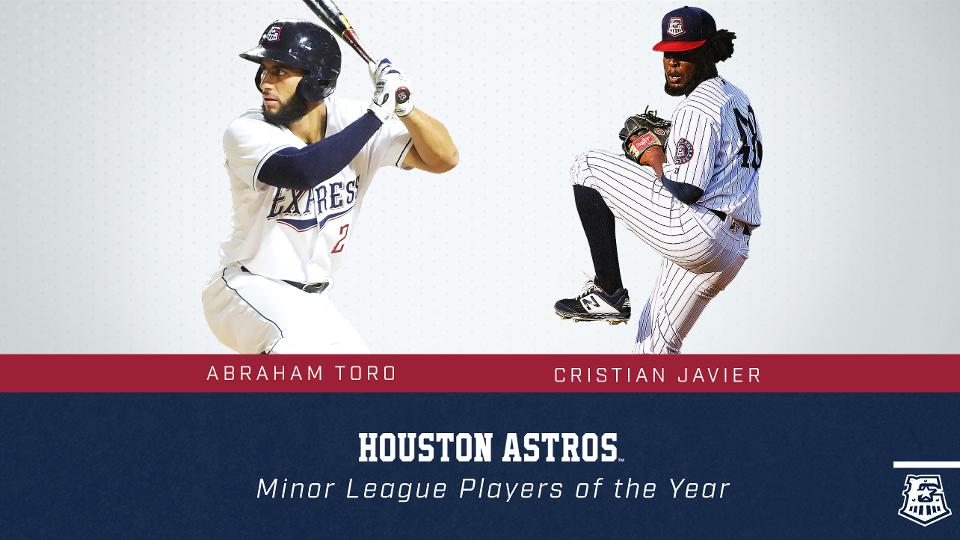 Toro made a brief stop in Round Rock on his way to making his major league debut with the Astros on August 22. After joining the E-Train from the Double-A Corpus Christi Hooks on August 1, the 22-year-old hit .424 (28-66) with nine doubles, a home run and 10 RBI in 16 games with Round Rock. He tallied multiple hits in 10 of his 16 games with the E-Train, including a career-best 5-6 night on August 8 at El Paso. He blasted his first career Triple-A home run on August 21, the night before he was recalled by Houston.

Toro appeared in 98 games with the Hooks before his promotion to the Express, hitting .306 (115-376) with 22 doubles, four triples, 16 home runs and a team-high 70 RBI. He earned Texas League Player of the Week honors in May before being named a Texas League Midseason All-Star.

He was promoted to Round Rock on August 23, making two starts for the Express during the team's playoff push. Javier allowed just two earned runs in 11.0 total innings while striking out 16 and walking four to begin his Triple-A career. He made one start for the Express in the American Conference Championship Series, holding Iowa to two runs on four hits while striking out nine in a no-decision on September 7.

The pair of honors mark the fifth and sixth time this season that Express players have taken home awards from the Houston Astros. OF Yordan Alvarez was named the organization's Player of the Month for April before OF Kyle Tucker took home the hardware in May. INF Jack Mayfield and Javier recently swept the club's Player of the Month Awards for August.