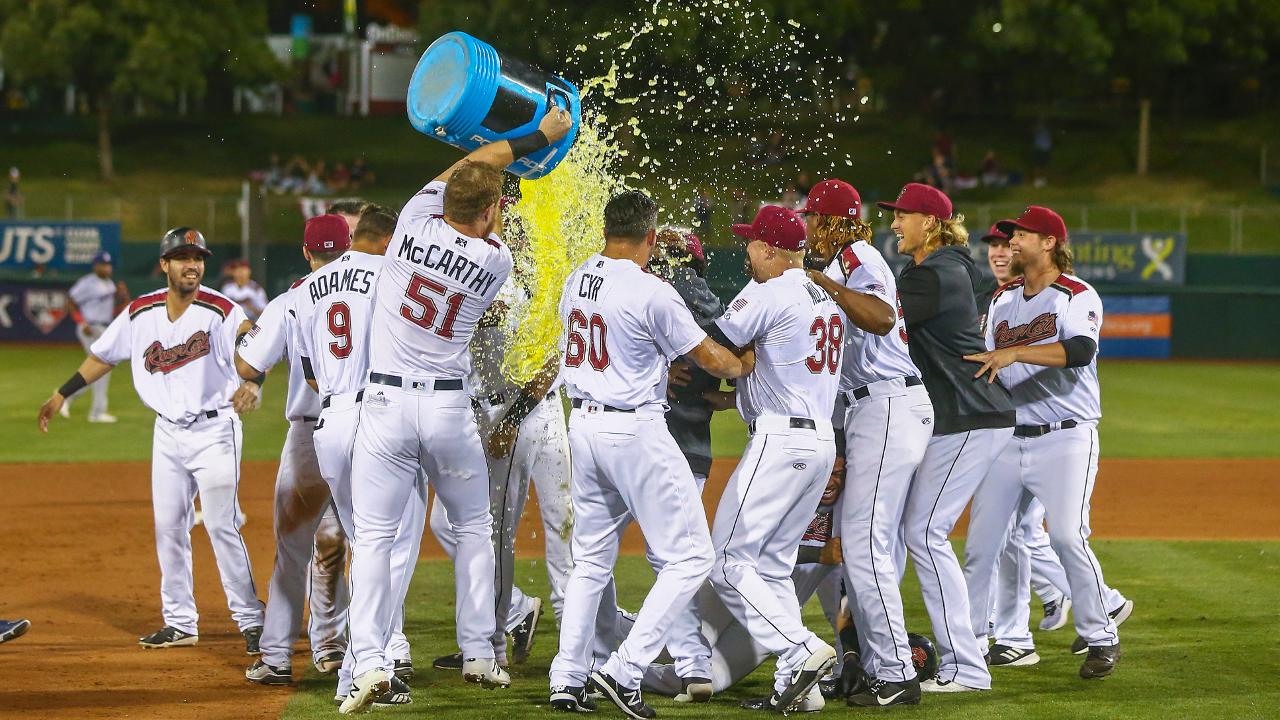 West Sacramento, CA. - The Sacramento River Cats (1-0) played a roller coaster ballgame in game one of the PCL Championship Series, with shortstop Abiatal Avelino giving them an 8-7 walk-off win over the Round Rock Express (0-1).

It was a wild opening game to this Championship Series, as the lead changed hands seven different times at Raley Field on Tuesday night. Designated hitter Francisco Peña led the offense, going 4-for-4 with three RBI, while outfielder Jacob Heyward picked up a double, a single, and knocked in two runs.

Round Rock would get to the River Cats bullpen in the middle innings, as righties Ricardo Pinto and Sam Wolff combined to allow three runs, giving the Express a 6-5 lead in the eighth. With one on and one away in the eighth, however, Pena would deliver a clutch two-run shot down the left field line to give Sacramento a 7-6 lead.

The stage was set for a Sacramento walk-off after lefty Steven Okert surrendered a solo blast in the ninth to tie the game at seven. Then, with two outs and catcher Ronnie Freeman at second, Abiatal Avelino would deliver the victorious hit, doubling home Freeman to give the River Cats with a huge game one win.

Sacramento will look to take a commanding two games to none lead with right-hander Chase Johnson (1-2, 7.65) getting the ball on Wednesday night. Round Rock will turn to righty Brandon Bielak (8-4, 4.41). First pitch is set for 6:35 p.m. (PT). Listen to all of the action live online at rivercats.com, on the MiLB First Pitch app, and on Money 105.5 FM.