Comeback comes up short against Grizzlies 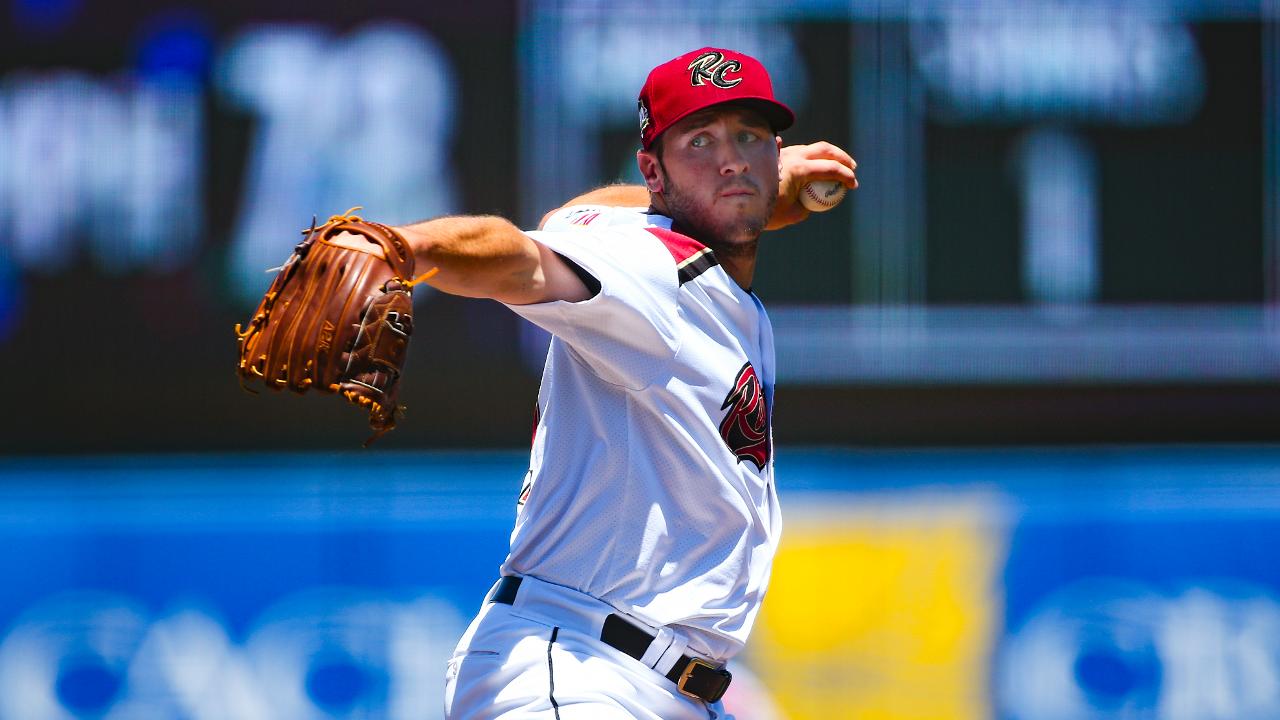 WEST SACRAMENTO, Calif. -- The Sacramento River Cats (48-45) forged a comeback attempt in the ninth, driving home two runs to cut the deficit to one, but fell just shy of a series win with a 5-4 loss to the Fresno Grizzlies (48-46).

Ty Blach pitched excellent for the River Cats, going 7.1 innings and allowing just two earned runs in what was his longest outing since May 5 of last season. Unfortunately the Grizzlies struck for three runs in the top half of the ninth off left-hander Fernando Abad, and though the River Cats would collect three hits in their half of the inning, a strikeout of Aramis Garcia would end the game with the tying run on second base.

Sacramento received impressive performances from center fielder Steven Duggar, who reached base four times, and infielder Cristhian Adames, who doubled twice and drove in his first run as a member of the River Cats.

The River Cats will embark on an 11-game road trip, featuring a doubleheader on Tuesday in Salt Lake. But before the twinbill, it will be right-hander Casey Meisner making his Triple-A debut for Sacramento. He will be squaring off with fellow righty Adrian De Horta (0-2, 8.01). Catch all of the action live online at rivercats.com, on the MiLB First Pitch app, on Money 105.5 FM.

• Ty Blach threw 106 pitches on Sunday afternoon, which is a mark he hadn't reached in nearly two years. On July 18, 2017 he tossed 106 in a one-run start for the Giants against the Indians. That year, he reached at least 106 on four occasions, including a 112-pitch complete game on the road against Philadelphia.

• It was just the third time in 29 relief appearances that lefty Fernando Abad allowed more than one run in an outing. He entered the game with a 2.27 ERA, including just three earned runs over his last 15.2 innings.