Freeman's big day caps off regular season with a win

Heyward, Howard and Houchins all go yard in 8-4 victory 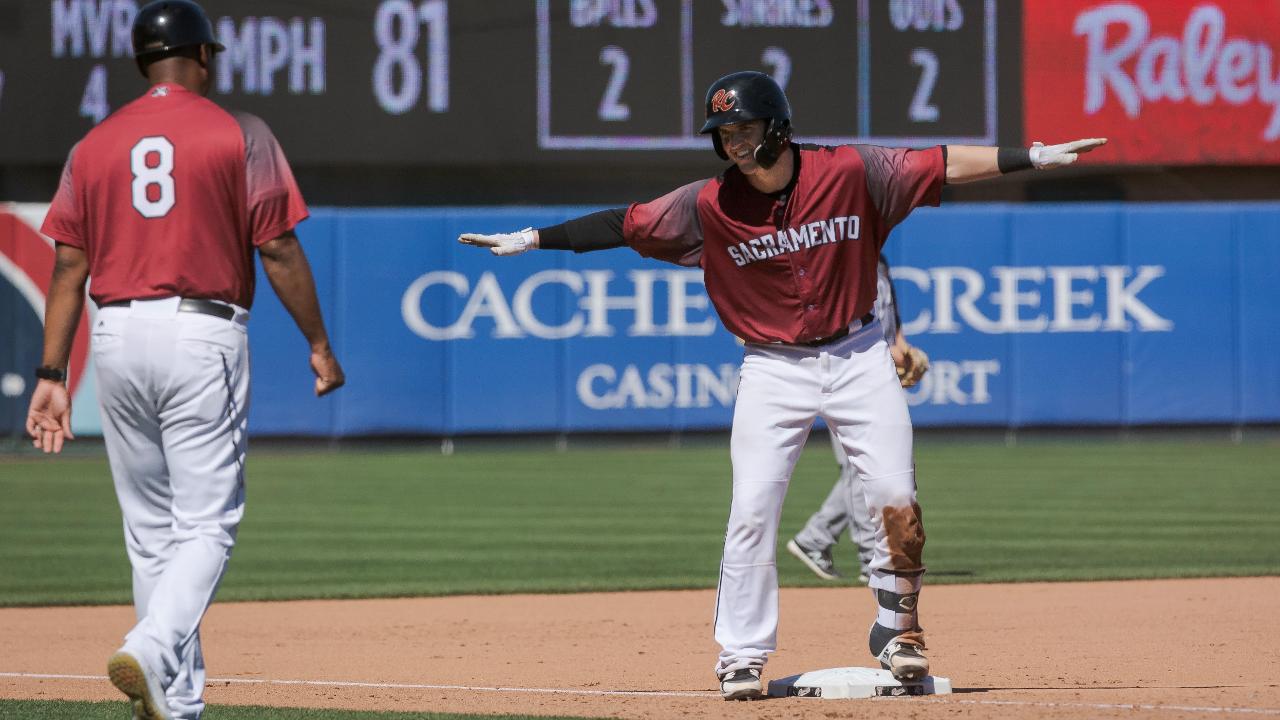 WEST SACRAMENTO, Calif. - The Sacramento River Cats (73-67) finished the regular season on a high note, defeating the El Paso Chihuahuas (80-60) 8-4 in a Labor Day matinee at Raley Field. The River Cats will shift their focus to the first round of the Pacific Coast League playoffs which begin Wednesday in Sacramento. They are set to open a five-game series against the Pacific Southern Division Champion Las Vegas Aviators.

Catcher Ronnie Freeman had a big day to propel the River Cats to an 8-4 win on Monday. He reached base four times, going 3-for-4 with a triple, three RBI and a run scored. Freeman, who was voted co-best teammate this season along with Francisco Pena, had a clutch three-run triple in the seventh inning to bust the game open, giving Sacramento their four-run lead.

Sacramento belted three dingers this afternoon, all from recent arrivals from Double-A Richmond. Newcomers Jacob Heyward and Zach Houchins each belted their first homers with the River Cats, while Ryan Howard launched his fourth homer of the season at Triple-A and first since June 17.

The River Cats will have an off day tomorrow before opening the playoffs at home against the Las Vegas Aviators in a best-of-five series. Sacramento has not yet named their starter for game one, while Las Vegas tapped righty Daniel Mengden (4-3, 4.22) to open the series. First pitch is set for 6:35 p.m. (PT). Listen to all of the action live online at rivercats.com, on the MiLB First Pitch app, and on Money 105.5 FM.