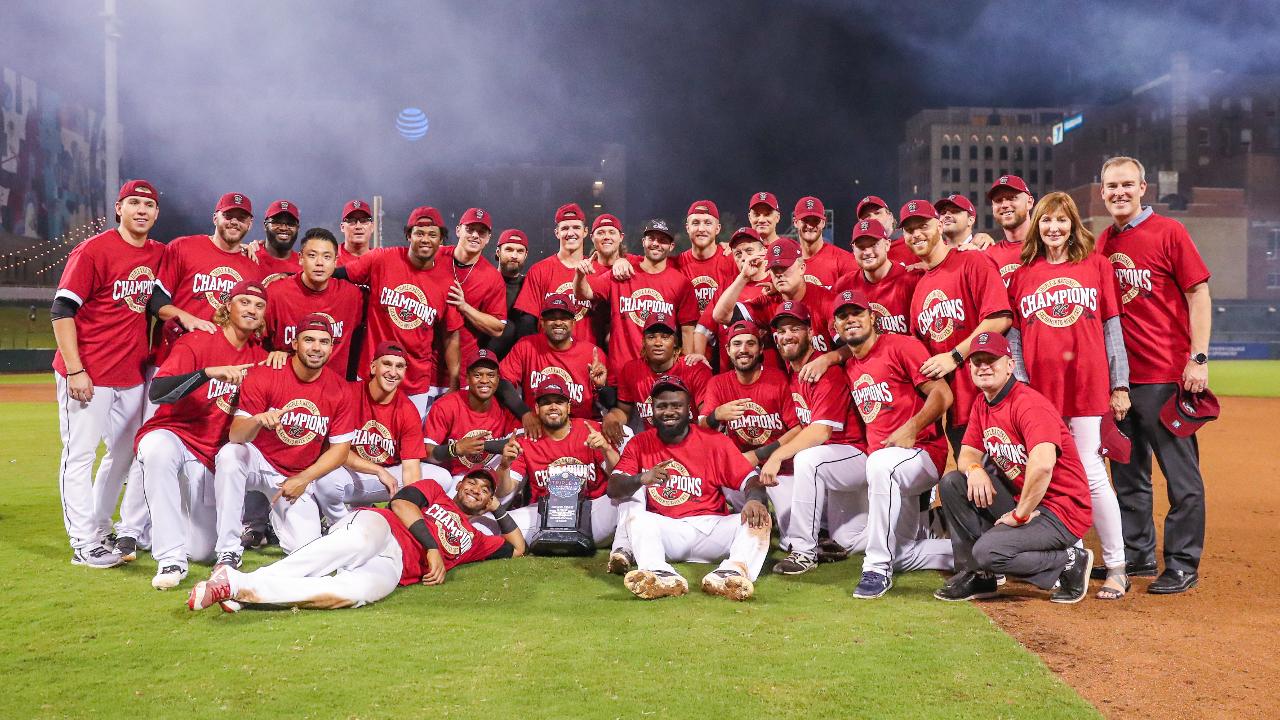 Before the regular season gets underway, the River Cats will welcome the San Francisco Giants to town on Sunday, March 22 for a much-anticipated Exhibition Game. At this time, you can secure tickets by purchasing or renewing a membership plan.

The River Cats will begin their 21st season on the road with a five-game series up Interstate 80 against the division-rival Reno Aces (Arizona Diamondbacks), with the Opening Day game scheduled for a 1:05 p.m. first pitch on Thursday, April 9. The Pacific Coast League champs will return to Sacramento for their home opener on Tuesday, April 14 against the Tacoma Rainiers (Seattle Mariners) at 6:35 p.m., which will kick off a seven-game homestand.

The River Cats will play host for a handful of big holidays, including Memorial Day (May 25), Father's Day (June 21), Independence Eve (July 3), and the regular season finale on Labor Day (September 7).

The 2020 schedule is jam-packed with 23 fireworks spectaculars - 13 Orange Friday Fireworks and 10 Sutter Health Fireworks Saturdays. The River Cats will also play 18 day games at Sutter Health Park in 2020. Continued from 2019, Monday through Thursday night games in April and May will begin at a school-friendly 6:35 p.m. The full schedule, with game times for both home and road games, is now available online at rivercats.com. Game dates and times are subject to change.

The Battle of the Bay rivalry heats back up in 2020 with the Las Vegas Aviators (Oakland Athletics) visiting Sacramento for eight games - a five-game set April 29-May 3 and a three-gamer August 25-27. The River Cats will square off with the division-rival Fresno Grizzlies (Washington Nationals) May 12-15 and August 17-20. Notable interconference opponents for the upcoming season include the Oklahoma City Dodgers (Los Angeles Dodgers) who will be in town June 17-19, followed by the brand-new Wichita Wind Surge (Miami Marlins) who will visit Sutter Health Park June 20-23.

The All-Star break will be from July 13-15, with the festivities taking place in Moosic, Pennsylvania at PNC Field, home of the Scranton/Wilkes-Barre RailRiders. For the second year in a row, the River Cats' final home game of the regular season - and fan appreciation day - will be on Labor Day, Monday, September 7 against the El Paso Chihuahuas (San Diego Padres).

Season ticket memberships and packages are available now by calling the River Cats ticket hotline at (916) 371-HITS (4487), emailing tickets@rivercats.com, or visiting rivercats.com. Single-game tickets for the 2020 season will go on sale beginning Sunday, March 1 at the annual Preseason Party at Sutter Health Park.