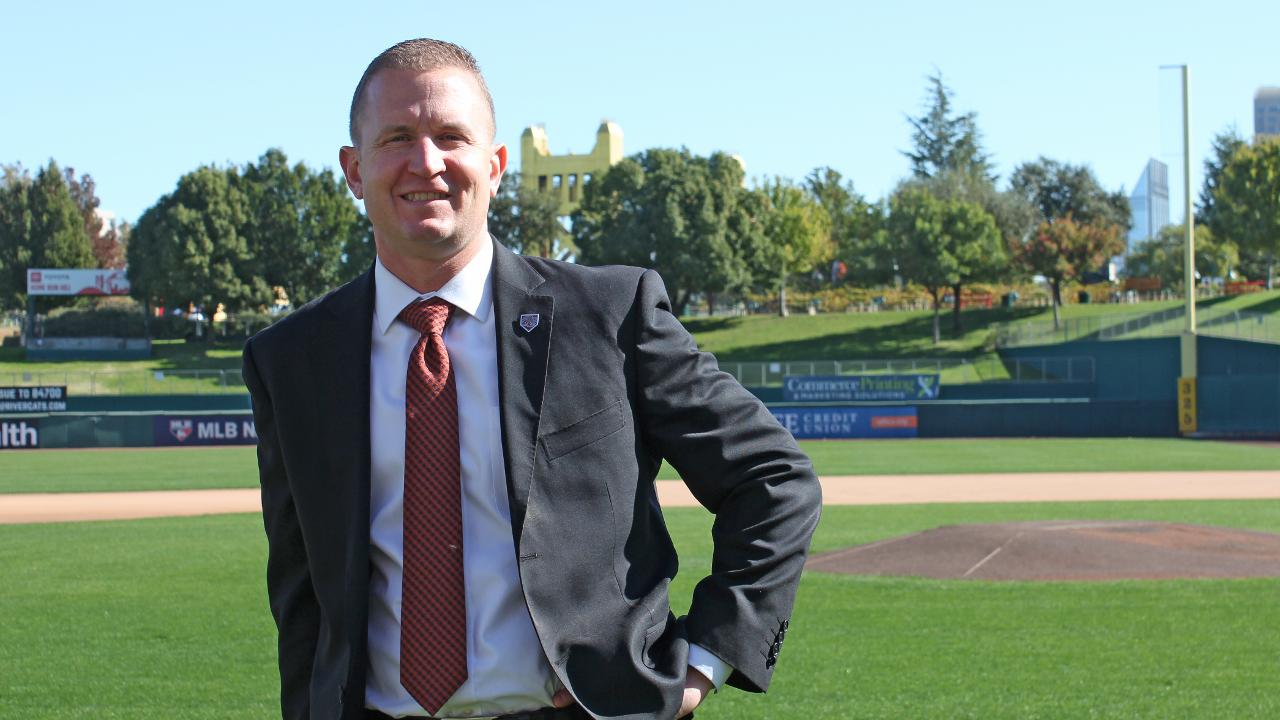 This announcement caps off an exciting year for the River Cats, as the club celebrated their 20th season in the Sacramento region, secured the franchise's 12th division title, and went on to win their fifth Pacific Coast League crown and a record third Triple-A National Championship.

"Not all awards are conferred with equal impulse and fervor, however the choice of Chip Maxson as this year's Executive of the Year lacks nothing by way of widespread and robust PCL endorsement," said Pacific Coast League President Branch B. Rickey. "Mr. Maxson's superlative skills, dedication and contagious enthusiasm, and helping steer the club to success on a wide variety of marketing and operational fronts, cause him to gain this recognition with unquestioned justification - and backed by our warm applause."

In his seventh season with Sacramento, Maxson has established himself as a consistent source of leadership and innovation that has helped sustain the incredible success of the River Cats organization and impacted all of Minor League Baseball. He joined the River Cats as Senior Vice President of Business Operations in 2012, and was promoted to General Manager in 2014. Before arriving in Sacramento, Chip spent time with the Memphis Redbirds, Frisco Roughriders, and Tacoma Rainiers.

Since 2014, Maxson has led the River Cats organization to consistently rank as one of Minor League Baseball's top teams in overall attendance, and Forbes ranks the club as the most valuable franchise in MiLB. While in Sacramento, Chip has focused on creating a positive sales culture, developing new premium and social spaces around the ballpark, upgrading digital and video components, creating second-to-none fan experiences, and emphasizing a strong community involvement.

"Through the course of his tenure with the River Cats, Chip has not only become a leader in the Sacramento region, but has developed into a principal source of innovation and guidance for Minor League Baseball and the entire sports industry," lauded River Cats President Jeff Savage. "We are so proud of what Chip has accomplished and the direction he continues to take the River Cats."

"The Sacramento River Cats are such a storied franchise and respected throughout all of sports. To be able to represent the team, all of the employees, and our community in such a way is truly humbling and a huge honor," responded River Cats General Manager Chip Maxson. "Recognition like this is due to all of the hard work of all River Cats employees including the front office, parking team, culinary staff, guest services, clean team, grounds, security, and the list goes on. I am so appreciative of all their work and commitment to making the River Cats experience the best in Northern California and all of MiLB."

In addition to his day-to-day role with the River Cats, Maxson serves on the boards of Youth for Christ, National Sports Forum, The Daniel Summit, CultureLabx, BIRCO Advisory Board, and the William Jessup University Business School Advisory Board.

The last Sacramento River Cats executive to receive this prestigious honor was the River Cats' late owner, Art Savage, who was named PCL Executive of the Year in 2001 following the franchise's second season in Sacramento.

Beginning this fall, the River Cats ballpark in West Sacramento has a new name. The club will play their home games at Sutter Health Park, beginning with an Exhibition Game against the San Francisco Giants on Sunday, March 22, 2020. Fans interested in tickets for the Exhibition Game or the 2020 season should visit rivercats.com or call (916) 371-4487.