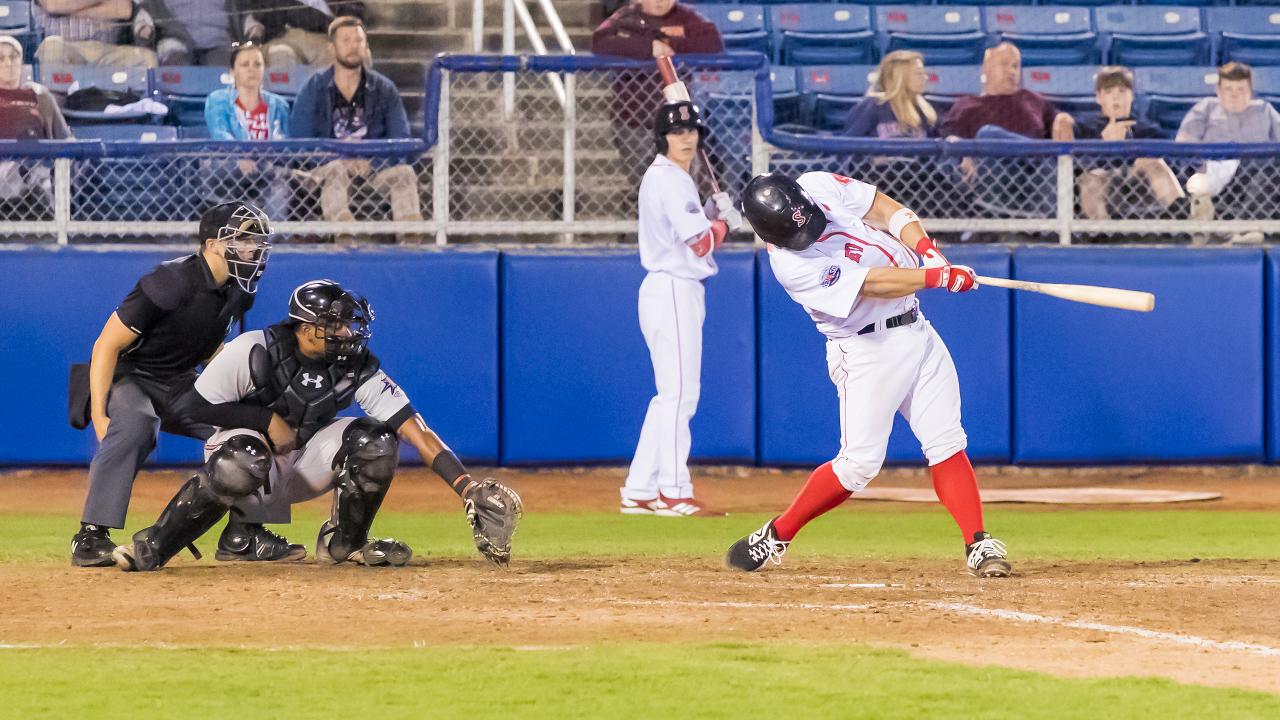 FREDERICK, MD (April 20, 2019) - Salem and Frederick battle it out in another doubleheader between the two clubs earlier today. In game one the Sox fell 6-4 to the keys, before coming back booming in the second game with an 11-1 victory.

How it Happened (Game 1)
* Enamnuel DeJesus lasted 2 2/3 innings on the bump for the Sox allowing six hits, five runs (two earned), walking three and striking out two.
* The southpaw for the Keys, DL Hall, dealt three innings on the mound allowing five hits, four runs (all earned), walking three and striking out five.
* Salem would answer right back in the top of the second when Kervin Suarez would reach base on a fielder's choice, knocking in a run during the effort.
* The third inning more Sox would cross the plate as Pedro Castellanos would knock in the go ahead with a sacrifice fly to first base. Jagger Rusconi would follow suit and drive a liner to right field, knocking in two runs to up the score 4-1.
* Frederick would come right back in the bottom of the third, chipping away hit by hit. Zach Jarret would knock in a run with a line drive single to left field. Jake Ring would walk with the bases loaded bringing another Key home and Willy Yahn would knock in an RBI of his own with a fly ball to right field, upping the score 5-4.
* That wouldn't be the last time that the Keys would have a runner cross the plate, one more run would come in during the bottom of the sixth inning, Jomar Reyes would up the score 6-4 with a line drive, RBI single to right field.

How it Happened (Game 2)
* Daniel Gonzalez made his third start of the 2019 season, got the win, and dealt 6.0 scoreless innings on the bump while allowing only: 4 H, 0R, 0 ER, 1 BB, 2 SO and no HR.
* Matthias Dietz made the start on the mound for the Frederick Keys, lasting only 2 and 1/3 innings and allowing 4 H, 9 R, 6 ER, 4 BB, 0 SO, and 1 HR.
* Salem would get on the board early on in the game, in the first inning Jaren Duran would lead off the inning with a triple and later would find himself cross the plate to turn the score 1-0.
* In the second your Sox would tack on three more runs, running up the score 4-0 with a fielder's choice by Deiner Lopez and another hit by Duran.
* The Sox would break the game open in the third, scoring five more runs. Four of those runs coming off of a Dylan Hardy grand slam and making the score 9-0.
* Hardy would show up again at the plate in the bottom of the fifth, knocking another bomb out of the park. This time a two run home run upped the score 11-0.*
* Frederick wouldn't let the Sox shut them out as they did have one run cross the plate in the bottom of the seventh with RBI, line drive single by the DH Cole Billingsley. Making the final score 11-1.