Will begin play in Pacific Coast League in 2019 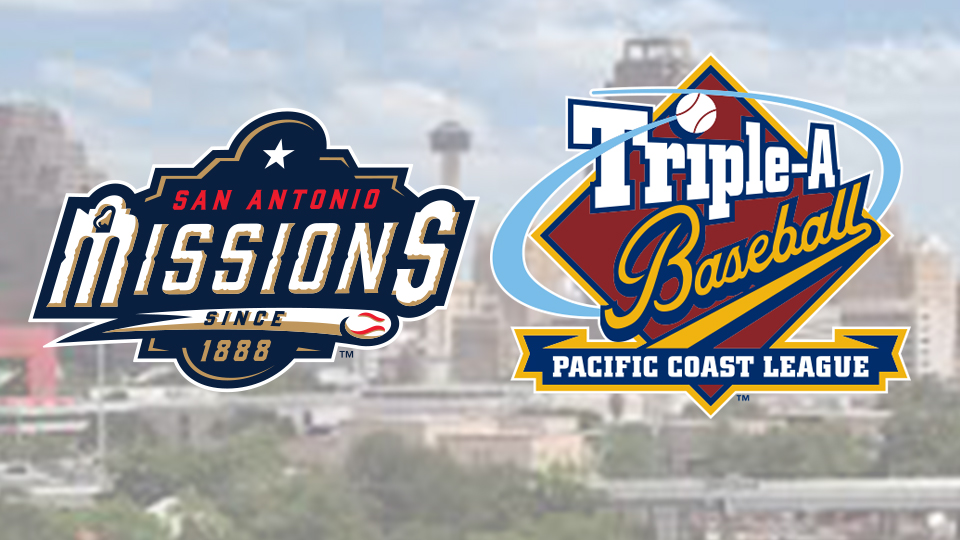 San Antonio - Today, the Elmore Sports Group is excited to announce a major advancement in the Professional Baseball landscape in San Antonio. Starting with the 2019 season, the San Antonio Missions will advance a level to play their games in Triple-A Baseball.

The Missions, with 112 seasons of play in the Alamo City and over 100 of those seasons as a member for the Double-A Texas League, will be advancing to play Triple-A Baseball as a member of the Pacific Coast League. The PCL is one level of play from the Major Leagues and is arguably the second best Professional Baseball League in the world. In addition to playing new cities like, Las Vegas, Nashville, New Orleans, Memphis, Sacramento, Salt Lake City and Oklahoma City, the Triple-A Missions will be able to renew rivalries with the Texas cities of Austin/Round Rock and El Paso.

The Double-A Missions will play their final season in the Texas League in 2018. Upon the rise to Triple-A in 2019, the Missions will continue to be led by President Burl Yarbrough and his staff, as they have been for the previous 30 seasons.

"I am thrilled to be able to lead the Missions and our fan base into a new era of Professional Baseball in San Antonio," said Yarbrough.

Initially, the Triple-A Missions will continue to play their home games at Nelson Wolff Stadium. "While we have not yet determined what the specific baseball stadium needs are to advance to Triple-A, nor have we secured private sector development partners or a stadium development plan, we will begin that process immediately," Yarbrough added.

"Congratulations to the San Antonio Missions for advancing to Triple-A", said Mayor Ron Nirenberg. "San Antonio has a long and rich history, and this move takes us to the next level. We have a good relationship with the Missions owner, the Elmore Sports Group, and have had discussions with them about bringing a Triple-A team to San Antonio. We understand that Wolff Stadium has been approved for Triple-A play in the short run. As far as any new stadium is concerned, the Elmore Sports Group has not yet presented the City with a stadium development plan that includes a private investment team, nor has a specific site been selected for a new stadium development. Until we see all of that, I have no further comment. We look forward to hearing more about their plans in the near future."

Branch B. Rickey, President of the PCL, further adds, "To anticipate bringing the highest classification of minor league baseball to San Antonio recognizes the Elmore Sports Group's and the PCL's convictions that Triple-A Baseball is seen as a natural fit here. And to build on the team's already high standing in this market will give the new Missions and new venture even greater credibility. In recent years our League has had remarkable success in working with municipal officials and civic leaders to spark revitalization and new development in quite a number of other cities. The success of these other projects prompts natural speculation and confidence that something similar can and will happen in this city."

The Missions deep-rooted commitment to the San Antonio community, highlighted by its MissionsCare charitable organization, will continue serving the citizens of San Antonio. The Missions Rookie League, funded by MissionsCare, has operated for over 20 years, in partnership with the Police Athletic League, allowing over 5,000 children from financially challenged areas to play baseball in the summer.   In addition, over the past 30 years under the Elmore Sports Group ownership, the Missions have contributed over 10 million dollars in cash and in-kind services to a myriad of worthwhile charitable organizations. The rise to Triple-A will further enhance the Missions ability to make a difference in its hometown.

The Texas League franchise that is currently in San Antonio will play its games in Amarillo, Texas beginning with the 2019 season.

All of the moves are contingent upon final approval from Minor League Baseball, the Pacific Coast League, and Texas League where appropriate.