Family of four can see ballgame for $62 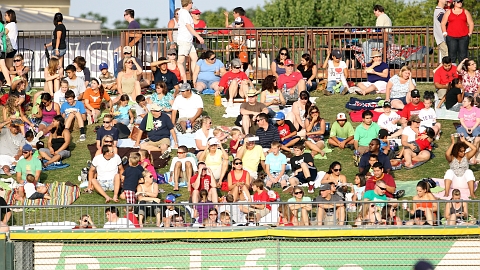 The average costs were calculated using the prices of two adult tickets, two child tickets, four hot dogs, two sodas, two beers, a program or scorecard and parking at the 160 clubs in the domestic-based leagues that charge admission.

The ticket prices are based on the most economical fixed seat in the ballpark. Adult tickets are available for $8 or less at nearly 75% of MiLB™ ballparks. Discounted child tickets are offered at 80% of them. Many clubs also have free or special ticket prices for senior citizens and/or military personnel.

Fans can take advantage of incentives such as ticket and concessions specials on certain nights, berm seating or social media deals to make a night at the ballpark an even greater bargain.

"When stacked up against other professional sports leagues and family entertainment options, Minor League Baseball proves year after year that it provides the most bang for your buck," Minor League Baseball President Pat O'Conner said. "Our clubs work year-round to provide their fans with experiences that are memorable, family-oriented and budget friendly. Each ballpark and club brings something unique to its fan base, but one thing they all share is the privilege of serving the communities which embrace them."

* price where fee is charged