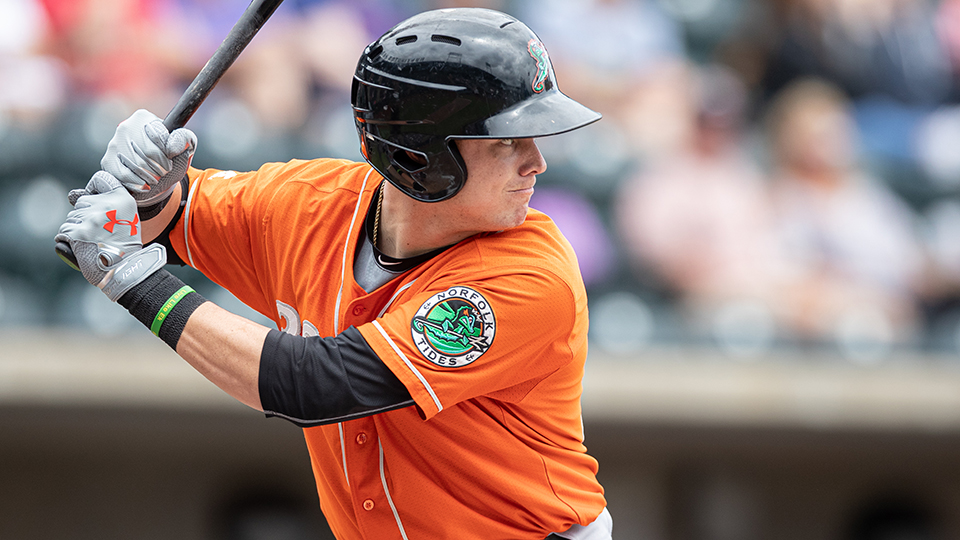 Ryan Mountcastle picked up another award on Saturday.

Less than a month after he was named International League MVP, MLB.com's No. 65 overall prospect was honored by the Orioles as the Brooks Robinson Minor League Player of the Year.

The first member of the Tides to be named IL MVP since Roberto Petagine in 1997, Mountcastle was not called up by the Orioles when rosters expanded in September.

"I feel like I could help this team win some ballgames whenever they need me up here," Mountcastle told MLB.com. "I'm going to be ready when the opportunity comes."

Orioles No. 2 prospect Grayson Rodriguez was named Jim Palmer Minor League Co-Pitcher of the Year along with ninth-ranked Michael Baumann.

Rodriguez, a 19-year-old right-hander, went 10-4 with a 2.68 ERA and 129 strikeouts over 94 innings in 20 starts for Class A Delmarva. His 0.99 WHIP and .171 opponents' batting average would have led or tied for the South Atlantic League top spot if he had enough innings to qualify. The 2018 first-round pick pitched hitless ball in three of his last five regular-season starts, including a six-inning stint against Lakewood on Aug. 29.

"The goal at the beginning of the year was to get better each and every day," Rodriguez told MLB.com. "All the new stuff the organization is putting into our system, a lot of guys took it and ran with it. We saw success with it early and kept with it."

"With where we are at the big league level, with where we're at organizationally, it's exactly what you want to see," Orioles executive vice president and general manager Mike Elias told MLB.com. "We're going to try to build on that and keep seeing the farm system rankings and the talent level go up."