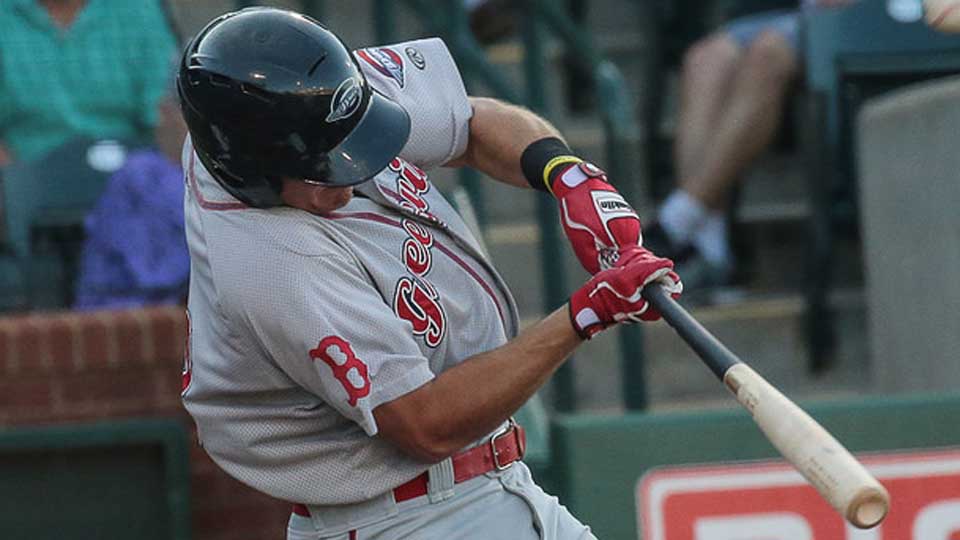 With a pitchers' duel brewing, Tucker Tubbs waited for the right opportunity to strike. And once he and the Drive got things rolling, there was no turning back.

The Red Sox prospect went 3-for-4 with a homer and two RBIs on Wednesday to boost Greenville to a 4-1 win at Charleston in Game 1 of the best-of-3 South Atlantic League semifinals.

"Expanding the lead was huge," the 24-year-old first baseman said. "We went into the last few innings, only up by one and then we scored a couple in the last few and widened the lead. I feel like it gave us a lot of the momentum and took the wind out of their sails a little bit."

After Charleston's Carlos Vidal snapped a scoreless tie with a solo homer in the sixth, Tubbs stepped up in the seventh. With a single under his belt, the University of Memphis product ripped another base hit to right field to plate Bobby Dalbec with the tying run.

"The middle infield was back and so I was just looking for something I could put in play up the middle and I ended up getting a fastball that I could just put through the four-hole," he said. "I think it was good. It felt a little relief, to get the first RBI and a little weight off our shoulders to tie it up and then [we were] able to score a few more for our pitchers."

Pinch-hitter Jagger Rusconi followed with a go-ahead single and Roldani Baldwin added a solo homer in the eighth before Tubbs capped the scoring with his leadoff blast in the ninth.

Starter Darwinzon Hernandez (1-0) kept the Drive in the game with a quality start. The No. 16 Red Sox prospect allowed a run on two hits with six strikeouts and no walks over seven innings. Joan Martinez worked around two walks by fanning three in in two hitless frames for the save.

"He was dominant, he was throwing it hard. It was probably the best game I've seen from his this year," Tubbs said of Hernandez. "He was shovin.'"

• Get tickets to a Drive playoff game »

Game 2 of the series is Friday in Greenville.

In other SAL playoff action:

Game 1 of the other semifinal between the Intimidators and Grasshoppers was postponed due to rain and will be played Thursday at 7 p.m. ET.