South Bend heads into postseason with momentum of series win 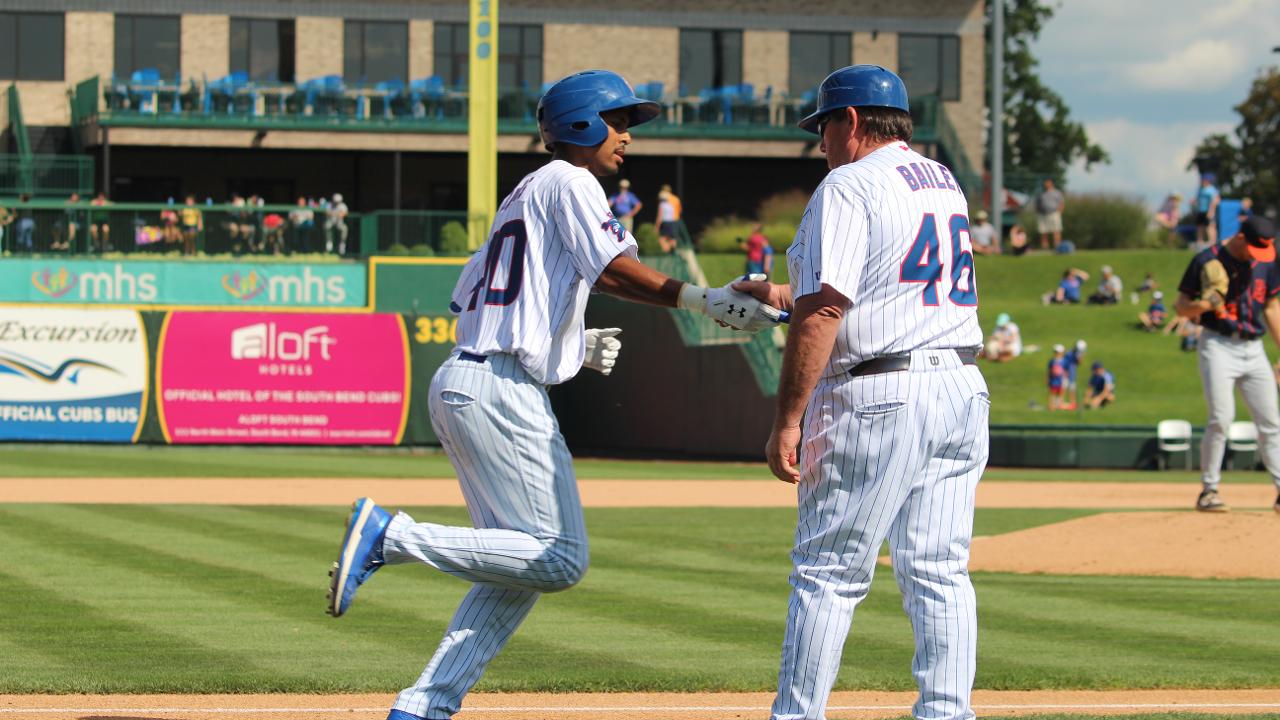 South Bend, IN: The South Bend Cubs utilized the long ball on Monday afternoon to beat the Bowling Green Hot Rods by a final of 3-2 and picked up a series victory against their first-round opponent. With their playoff series getting started on Wednesday night, the Cubs will enter the postseason with back-to-back wins under their belt.

After scoring two runs in the top of the 1st inning against Zach Mort, the Bowling Green offense went quiet and did not score the rest of the day. Starting pitcher Zach Mort settled in to pitch a quality start and struck out three batters in a no-decision outcome.

South Bend took Mort off the hook when Clayton Daniel blasted his first Four Winds Field home run over the left field wall to tie it at 2-2. For Daniel, he has provided a spark since being placed back in the everyday leadoff spot in Buddy Bailey's order.

The Cubs bullpen took it from there. After Mort departed, Riley McCauley tossed 1.2 shutout innings with three strikeouts. McCauley was put in line for the win when Brennen Davis hit his first home run since coming off of the injured list. The solo shot was the eventual game winning hit. For the 19-year-old Davis, it was home run number eight and RBI number 30.

Brandon Hughes and Blake Whitney recorded the final four outs as the Cubs finished off the series and regular season with the victory. Going into their playoff series against the Hot Rods on Wednesday, it will be the first-time playoff baseball has been played at Four Winds Field since 2016.

First pitch on Wednesday night is set for 7:05 PM. Both teams will have the opportunity to get in a day of rest with the off-day tomorrow.