In addition to the annual Ticket Package being offered at midnight on November 29, the Cubs Den Team Store will also offer special Black Friday discounts throughout November and December. 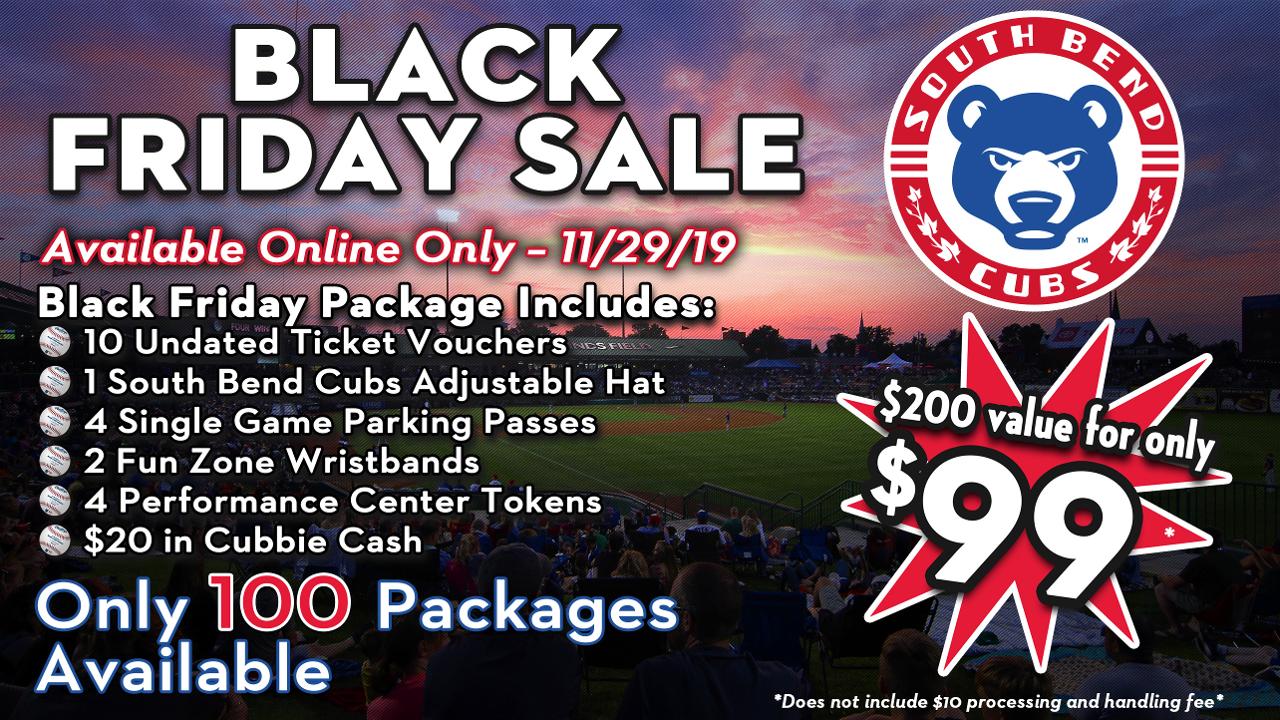 SOUTH BEND, IN - For the sixth year in a row, the South Bend Cubs will offer a Black Friday Ticket Package, available starting at midnight on November 29. Holiday sales will also begin at the Cubs Den Team Store, beginning November 25

This all-inclusive package, valued at over $200, is only $99. Only 100 packages will be available starting at midnight on Friday, November 29.

Holiday sales have already begun at the Cubs Den Team Store. For every $25 gift certificate purchased, receive a free $5 gift certificate for the Cubs Den. Plus, 2019 Midwest League Championship apparel and Los Cabritos Maldichos merchandise is also available. Additional sales will be announced next week on the South Bend Cubs social media platforms.

The Cubs Den Team Store have extended their store hours for the holidays.