Schedule highlights include six straight home games to begin the season and Friday night game times have moved to 7:05 p.m. 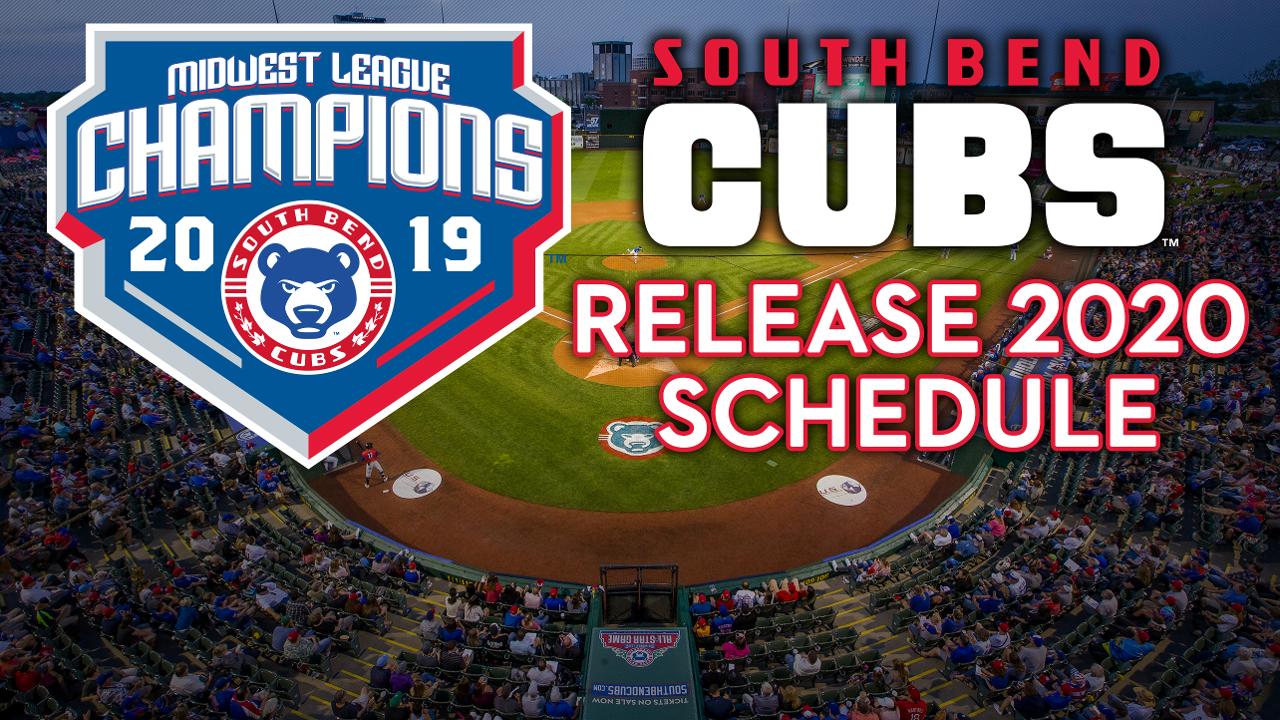 SOUTH BEND, IN -After their banner raising 2019 season, the South Bend Cubs are excited to announce the club's 2020 Midwest League schedule. Last year, the team won its first Championship since 2005, hosted the 55th annual Midwest League All-Star Game, and drew over 330,000 fans to Four Winds Field.

You can view the South Bend Cubs 2020 Schedule by clicking here.

"Our biggest goal each and every year is to give our fans and guests the ultimate ballpark experience with great entertainment, fun ballpark amenities, and second-to-none customer service," South Bend Cubs President Joe Hart said. "2019 was a momentous year for our organization, and I'm very excited to see what 2020 has in store."

Different from the 2019 schedule, the South Bend Cubs will not only begin the 2020 season with a six game homestand, but the campaign is also starting later in April. Opening Night is set for Thursday, April 9, at 7:05 PM at Four Winds Field as the Cubs welcome the Lake County Captains and Lansing Lugnuts, each for a three-game series. In 2019, the Cubs played two quick games at home before going on the road.

Other schedule highlights include games on Memorial Day weekend (May 23-25) and Independence Day week (July 1-3). The Cubs will finish up the home schedule on September 4 in a four-game series against the Bowling Green Hot Rods.

One major change to the schedule is Friday start times. Feedback from the 2019 fan survey suggested that Friday night games start too late for families to wait around for fireworks. Taking that into account, the South Bend Cubs have moved all Friday games to 7:05 p.m. starts for the 2020 season.

Eastern Division (in order of appearance)

Western Division (in order of appearance)

There is also much more to be excited about for the 2020 season. The schedule will be packed with numerous events, promotions, special giveaways, and more, including a 2019 Championship celebration.

The South Bend Cubs are the Class A minor league affiliate of the 2016 World Series Champion Chicago Cubs. Over the past 32 seasons, the team has won four Midwest League titles, most recently in 2019, and has captured eight division titles. In 2019, the South Bend Cubs hosted the Midwest League All-Star Game. In June 2017, Four Winds Field, home of the South Bend Cubs, was voted Best Class A ballpark in the country by Ballpark Digest. In 2015 the team was named Ballpark Digest's Team of the Year and received the John H. Johnson President's Award, the highest award in minor league baseball. The team is owned and operated by Swing-Batter-Swing, LLC whose principal shareholder is Andrew T. Berlin of Chicago, Ill. More information is available at www.SouthBendCubs.com.