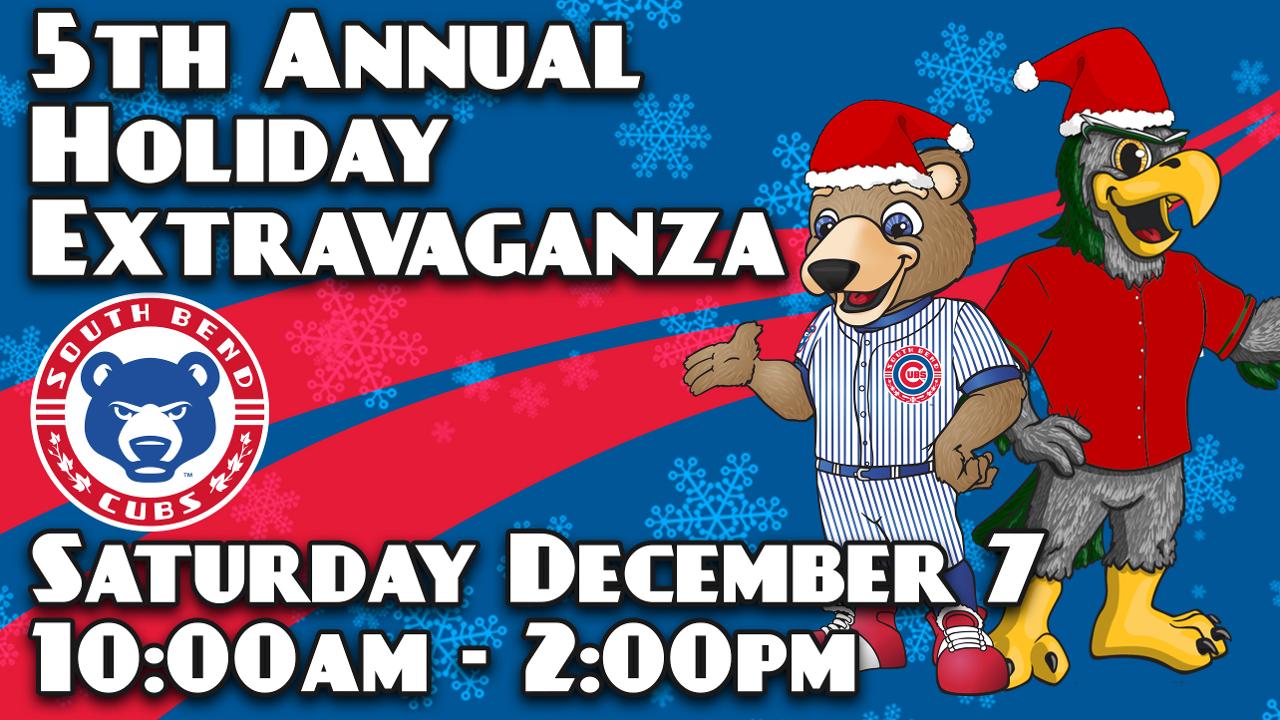 SOUTH BEND, IN - Join the South Bend Cubs for their 5th Annual Holiday Extravaganza on Saturday, December 7 from 10:00am to 2:00pm at Four Winds Field. Fans will enter and exit the stadium through the Cubs Den Team Store just off Western Avenue. Admission and parking are free.

After last year's success, Santa and Mrs. Claus will return and have a special photo area in the home plate suite for children and families to get their picture taken. Other activities include a "12 Days of Christmas" Scavenger Hunt, free hot chocolate and cookies, a Letters to Santa Station, and ornament decorating. Those who hang their decorated ornaments on the tree in the Cubs Den Team Store will be entered into a drawing for a Cubs prize pack.

Local vendors will have tables on the concourse with free candy for kids along with unique crafts and one of a kind items for purchase. If you have a small business and would like to participate, please download and complete this form. Space is limited. There will also be holiday music played throughout the concourse as well as select holiday movies on the video board.

The Cubs Den Team Store will be open from 10:00am - 4:00pm with special holiday sales to help you find the perfect gifts for the Cubs fan on your list. This is an all-weather event, but some events are subject to change.