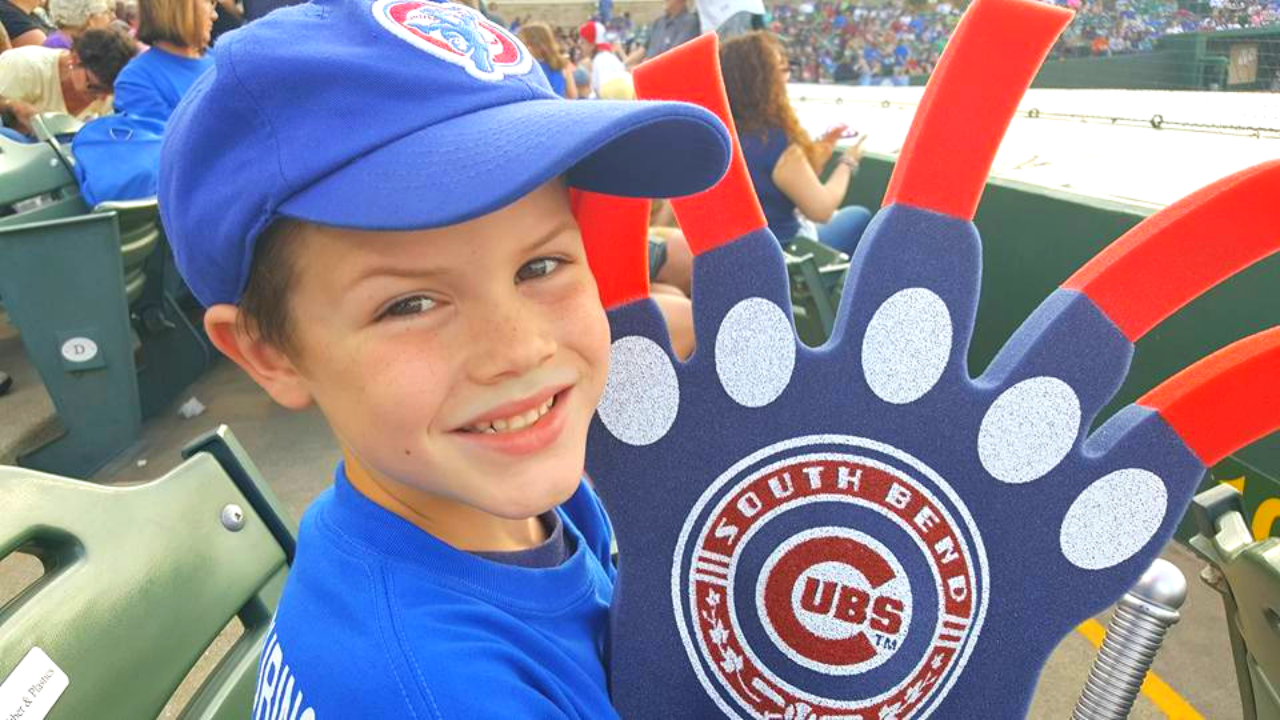 SOUTH BEND, Indiana - The South Bend Cubs have announced their next homestand of the 2019 season. The South Bend Cubs will give away branded floppy hats at the Sunday, May 19th game. Also featured that day is Tyler Scheuer, a high-energy performer who wows crowds with his ability to balance anything on his face-including ironing boards, bicycles and 10-foot ladders.

All homestand games take place at Four Winds Field, 501 W. South Street, South Bend. Tickets can be purchased online or by calling the Box Office at 574-235-9988.

-Home Run for Life: Kamarion Williams, a patient from Beacon Children's Hospital, will be honored and run the bases during the game

-Flat Screen Saturday: Every inning, one fan in attendance will win a 55-inch flat screen TV

-Tyler's Amazing Balancing Act: As seen on America's Got Talent and ESPN, Tyler Scheuer will bring his unique, high-energy performance to Four Winds Field. His act includes balancing wheelbarrows, bikes, ladders-and much more-on his face while at the same time dancing with the crowd

As a reminder, the gates open two hours prior to the first pitch for all Friday, Saturday and Sunday games throughout the season. The 1st Source Bank Performance Center will be open during home games for all ticket holders.

The 2019 Midwest League All-Star Game presented by Four Winds Casinos takes place Tuesday, June 18 and will feature some of the most promising players in professional baseball today. It is the first time in 30 years the Midwest League All-Star game will be held in South Bend, Indiana. The 2019 event will kick off with a concert on Sunday, June 16 at Four Winds Field featuring global superstar Pitbull, along with two additional acts. Fan Fest at Four Winds Field will take place on Monday, June 17 and will feature a home run derby with the top hitters in the Midwest League, an autograph session with several former Chicago Cubs players along with the 2019 Midwest League All-Star players. In addition, other family friendly activities include the Splash Pad, Toyota Fun Zone, catch on the field and running of the bases. On Tuesday at 11:30 a.m., Chicago Cubs Hall of Famer Ryne Sandberg will headline an All-Star Luncheon at the Century Center in downtown South Bend, with proceeds benefitting Beacon Children's Hospital. For more information on the 2019 Midwest League All-Star Game and any of the events leading up to it, including tickets for the All-Star Luncheon, search online for All-Star Festivities.