Smith and Rosenberg Stand Out Among SL's Top Performers 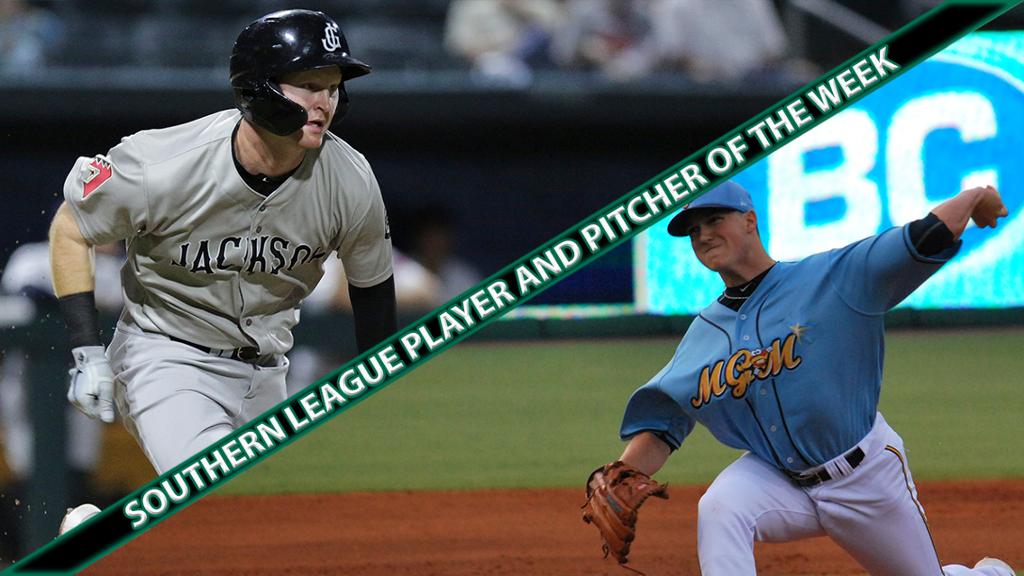 MARIETTA, GA - The Southern League of Professional Baseball Clubs are proud to announce that Jackson Generals infielder Pavin Smith has been named the league's Player of the Week, and Montgomery Biscuits southpaw Kenny Rosenberg has been named Pitcher of the Week. Both awards recognize these players' performances for games played during the week of July 8-14.

Smith, 23, becomes the second straight Generals slugger to secure Player of the Week honors after hitting .500 (9-for-18) across a five-game stretch which helped extend Jackson's current win streak to eight total games. The Jupiter, Florida native led all qualified batters with 17 total bases, tied for the league lead in both hits (9) and extra-base hits (4), and also ranked among the league leaders in batting average (.500, 3rd), on-base percentage (.550, 3rd), slugging percentage (.944, 4th), and OPS (1.494, 4th).

Entering play today, Smith ranks among the Southern League leaders in both hits (83, 8th) and total bases (129, 10th). He is hitting .421 (16-for-38) across his last 10 games and batting .271 (83-for-306) across 83 total contests this season. The Arizona Diamondbacks selected Smith in the first round (no. 7 overall) of the 2017 MLB Amateur Draft out of the University of Virginia. He is currently the D-Backs no. 16 overall prospect according to MLB Pipeline.

Rosenberg, 24, earns Pitcher of the Week honors after spinning a pair of quality starts and combining to go 2-0 with a 0.75 ERA (1 ER/12.0 IP) for the Biscuits. The Mill Valley, California native led all qualified pitchers in both wins (2) and innings pitched (12.0) this past week, helping push Montgomery back atop the Southern League's North Division standings.

A 2019 Southern League midseason All-Star, Rosenberg leads all qualified pitchers in win percentage (9-1, .900) while also ranking among the league leaders in wins (9, T-1st), innings pitched (95.2, 3rd), and ERA (2.82, 7th) entering play today. The Tampa Bay Rays selected Rosenberg in the eighth round of the 2016 MLB Amateur Draft out of Cal State Northridge.