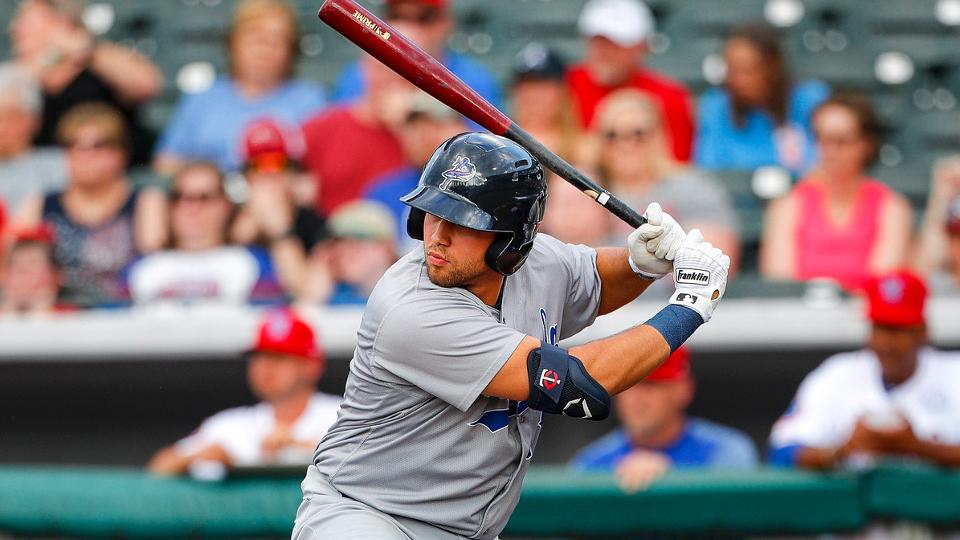 Alex Kirilloff has amassed four home runs and 18 RBIs in his first season at the Double-A level. (Danny Parker)

Alex Kirilloff is heating up in the Southern League.

Kirilloff started the night with a single to center field off Matt Tomshaw in the first inning. MLB.com's No. 13 overall prospect lined a single to left off the southpaw in the third.

After flying out to center fielder Luis Gonzalez in the fifth, Kirilloff smacked the first pitch from lefty Kodi Medeiros to the wall in right-center, racing to third for a stand-up triple. He crossed the plate on a sacrifice fly by Brian Schales.

It marked Kirilloff's fourth game with three hits this season, most recently on June 30 against Mississippi. The 21-year-old's .285 average would rank 10th in the Southern League if he had enough at-bats to qualify. His stat line fills out with four homers, two triples, 12 doubles, 24 runs, 18 RBIs and three steals.

The 15th overall pick in the 2016 Draft has had an injury-plagued season, missing the first month of the season due to a wrist injury. After being activated on May 2, he went back on the IL with an undisclosed injury on June 3. Kirilloff missed all of the 2017 season after undergoing Tommy John surgery. In his return last season, the Pittsburgh native sported a .348/.392/.578 slash line while slugging 20 homers with 101 RBIs between Class A Cedar Rapids and Class A Advanced Fort Myers.

Twins No. 19 prospect Jorge Alcala spun six scoreless innings, working around four hits and a walk while striking out seven.

With the score tied in the ninth, Damek Tomscha smashes a walk-off homer over the left-field wall.