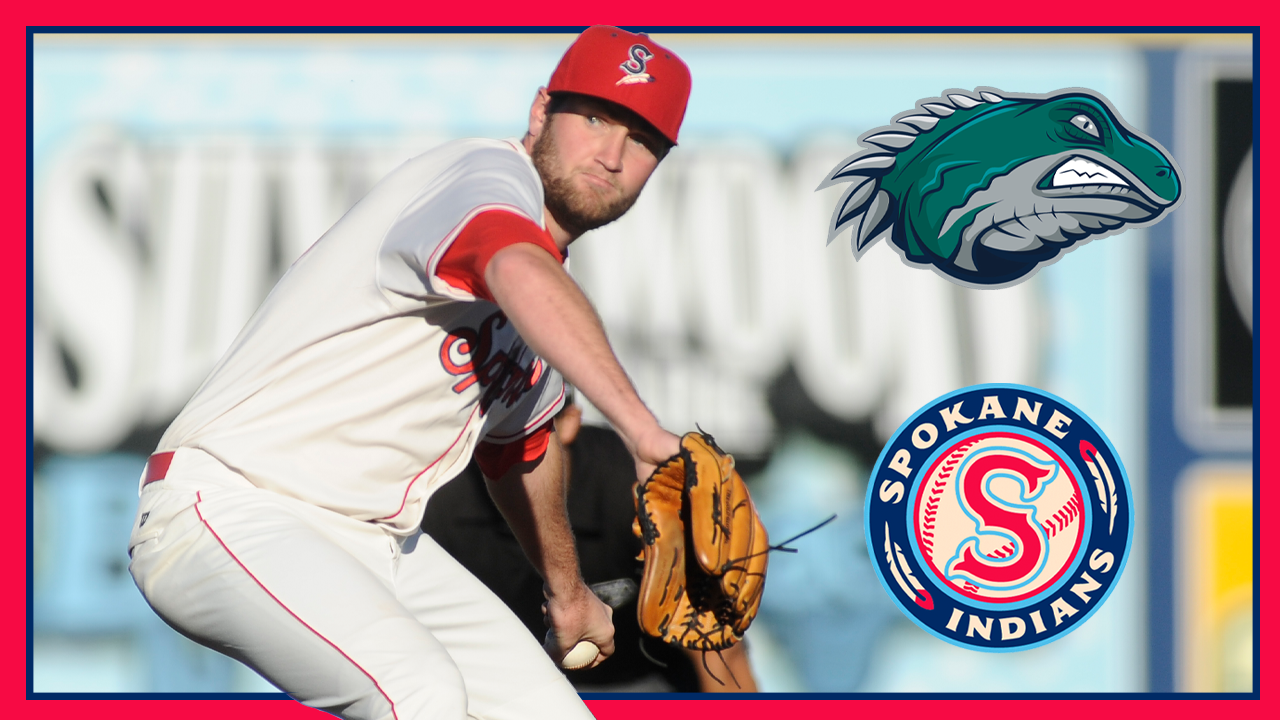 SPOKANE, Wash. - A quintet of former Spokane Indians players are getting the chance to hone their skills in the land of the long white cloud this winter. Hever Bueno, Yonny Hernandez, Lucas Jacobsen, Emerson Martinez and Josh Morgan will all be suiting up for the Auckland Tuatara in the franchise's second season as part of the Australian Baseball League.

Bueno appeared in six games for the Indians in 2017 after being drafted in the ninth round of the 2016 draft out of Arizona State. The big right-hander missed the entire 2018 season due to injury but bounced back with a strong campaign for the Hickory Crawdads this year. The fleet-footed Hernandez was a sparkplug for the Indians offense in 2017, and has continued to a steady climb through the Rangers' system, highlighted by a mid-season All-Star nod with the Down East Wood Ducks this season.

A deceptive southpaw, Jacobsen was nails out of the Spokane bullpen in 2017 (3-0, 1.64 ERA) but missed all of 2018 with an arm injury. He looked fully healthy with the Hickory Crawdads this summer (48 K's in 30 IP) and should be a late-inning option for the Tuatara. Martinez has been in the Texas organization since 2013 and started 11 games for the Indians in 2015. The 24-year-old finished the 2019 season with a 3-3 record and 5.03 ERA between two levels (AZL Rangers and Frisco RoughRiders). The final of the five, Morgan, was a third-round pick by the Rangers in 2014 and hit .303 in 23 games for Spokane that summer. A career .280 hitter in six minor league seasons, Morgan is looking to find consistent at-bats with the Tuatura after shuttling between positions and battling injuries the last two years.

The surprising connection between Spokane and New Zealand is due in large part to Tuatara manager Steve Mintz, a former big league pitcher who currently serves as the pitching coach for the Rangers' High-A affliate, the Down East Wood Ducks.

"There are two reasons why our relationship with Auckland is so strong," Rangers director of minor league operations Paul Kruger told Stuff. "One is with Steve Mintz, being the (Tuatara) manager, who also works for our organisation as a pitching coach. It's always a positive to have one of our own there, to watch over their plans and developmental ideals over the offseason as they continue to play, whether it's stuff in the weight rooms, training room, their movement patterns. Also, our relationship with Regan [Wood, Tuatara CEO], who came out this past Spring Training and really has been a key cog in the relationship with the Texas Rangers

"We are extremely grateful for what the Paul Kruger and the Texas Rangers have done and are doing for us," said Tuatara chief executive Regan Wood. "They are a mighty impressive organisation and we feel fortunate to have developed such a good relationship with them."

The Tuatara are the lone New Zealand squad in the eight-team league with the other seven franchises all located in Australia. The ABL regular season is 40 games and runs from November to February. Auckland opens its season against the Perth Heat on Thursday, November 21. For more information, please visit AucklandTuatara.com.