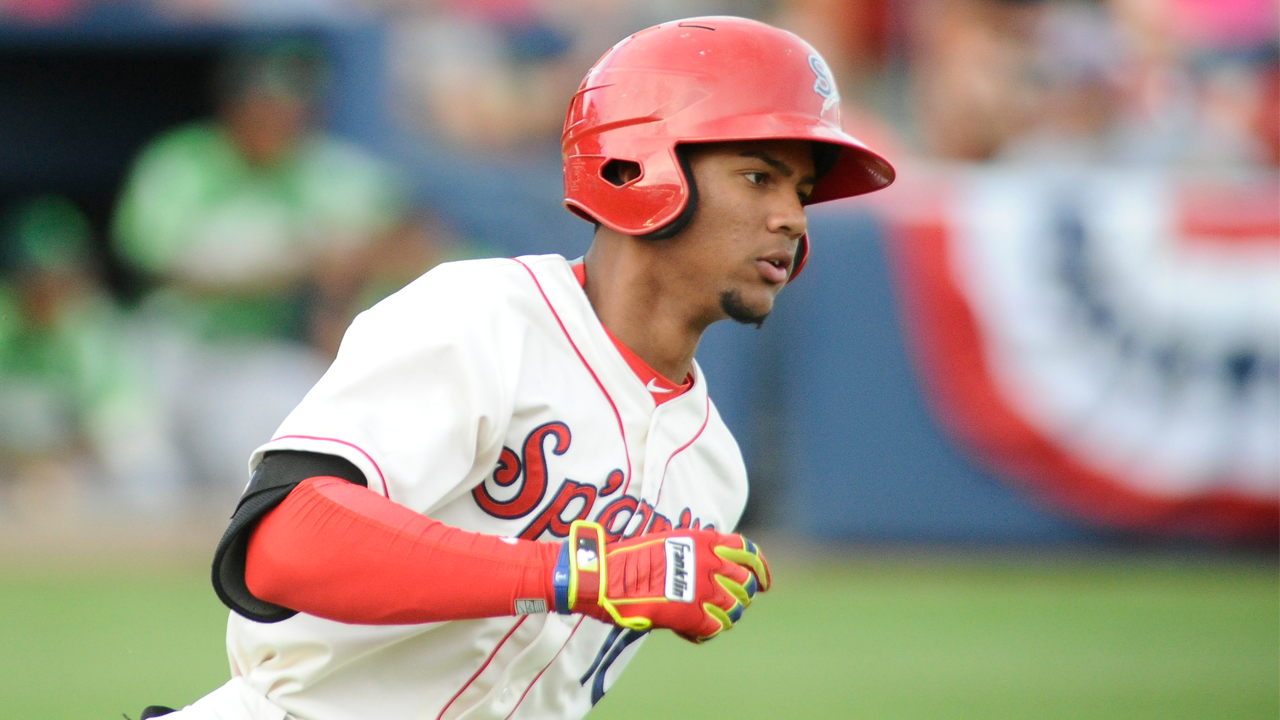 Taveras, who is currently ranked as the Rangers fifth-best prospect by MLB.com, appeared in 29 games with Spokane in 2016. The nephew of former MLB player Wily Taveras, Leody is a plus defender in centerfield and held his own at the plate as a 20-year-old in Double-A last season with the Frisco RoughRiders after starting the season with the Down East Wood Ducks (A+).

Apostel has done nothing but hit since being acquired by the Rangers in the Keone Kela  trade with Pittsburgh last season. The Rangers #10 prospect hit .351 in a 12-game stint with the Indians in 2018, and followed that up with a strong showing this year with the Hickory Crawdads and Wood Ducks (.251/.339/440).

Tejada arrived in Spokane along with Taveras in 2016, and launched eight home runs in just 23 games with the Indians. The switch-hitter put together a solid 2017 campaign with the Crawdads and followed it up with an even better season with Down East in 2018. He was hampered by injuries this summer, but is still ranked as the 11th-best prospect for Texas, and at just 21-years-old still has plenty of time to reach his lofty ceiling.

The right-handed Phillips spent two summers in Spokane (2016-17) before truly blossoming into a top prospect with a dominant 2018 season in Hickory. Phillips was lights out again to begin the year in Down East (2-2, 1.19 ERA) but struggled with the longball after being promoted to Frisco (15 HR in 93.1 innings). The 22-year old is still viewed among the team's top arms and has all the tools necessary to become a workhorse in an MLB rotation.

A sixth-round pick out of the University of Kentucky in 2016, Cody started nine games for Spokane that summer, averaging better than a strikeout per inning. The towering right-hander was almost unhittable between Hickory and Down East in 2017 (9-6, 2.64 ERA) but missed most of 2018 and all of 2019 with arm injuries. Despite the setbacks, Cody still projects as a big-league arm at some point, and could reach the majors in short order with a return to health in 2020.

The addition of six players brings the total number of Indians alums on the Rangers roster to 15. For more information, please visit mlb.com/rangers.