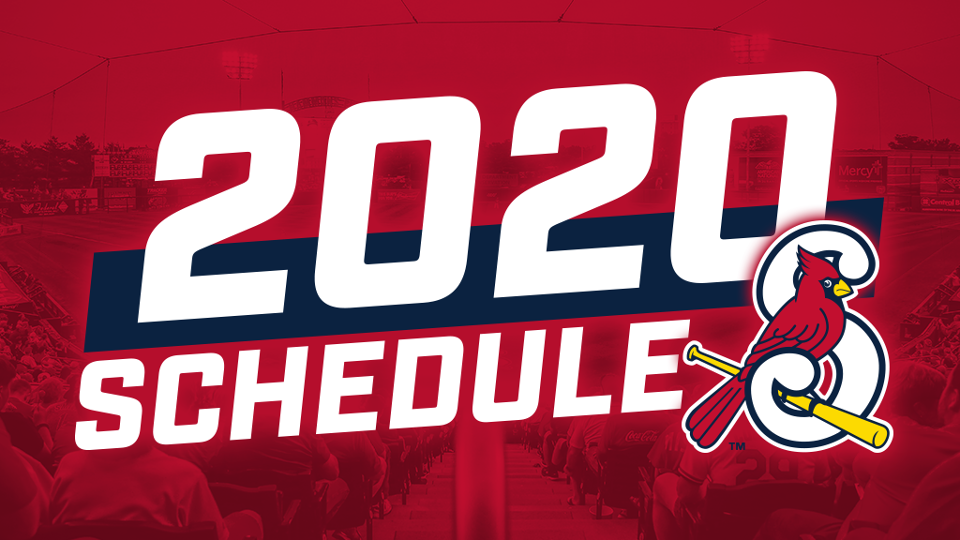 Opening Day 2020 at Hammons Field is set for April 16 when the Springfield Cardinals face the Midland RockHounds (Athletics) at 6:30 p.m., kicking off an 11-game homestand that lasts until April 26 against the Northwest Arkansas Naturals (Royals).

Don't miss a moment with RED Access. RED Access Memberships are the most flexible and innovative ticket plans in Springfield Cardinals history and start at only $19 per month over just five months. Some of the main RED Access Membership perks include seats to 2+ games per month, the exclusive ability to exchange any missed game tickets, online ticket exchanges in advance and bonus General Admission Access to any game throughout the season.

Springfield opens the season on the road for the fourth consecutive season and ninth time in team history with a six-game road trip to Midland and Corpus Christi (Astros) beginning on Thursday, April 9.

Already scheduled premium games include 15 fireworks nights, beginning on Thursday, April 16 for Opening Day 2020. Friday Fireworks are set for April 17 and 24; May 8 and 22; June 5, 19 and 29; July 17; and August 7 and 21. Freedom Week Fireworks are scheduled from Saturday, July 4 through Monday, July 6. Fireworks are also scheduled for our final home game of the season: Thursday, August 27.

The Cardinals will play 11 home series and have five homestands during the 1st-Half, which is scheduled to end Monday, June 21 vs. Northwest Arkansas.

Springfield will play 89 games against Texas League North Division rivals: the Northwest Arkansas Naturals (16 home/14 away), the Tulsa Drillers (13 home/13 away) and the Arkansas Travelers (15 home/18 away). The Cardinals will have their first meetings against the South Division with a four-game road series in Midland from April 9-11 at Security Bank Ballpark.

Springfield has 11 home series in the second half and seven homestands. The longest homestand of the season is the season-opening 11-game homestand from April 16-26, which includes series against the RockHounds (3 games), Hooks (4 games) and Naturals (4 games).