Extra-base boon not enough in loss to Yanks 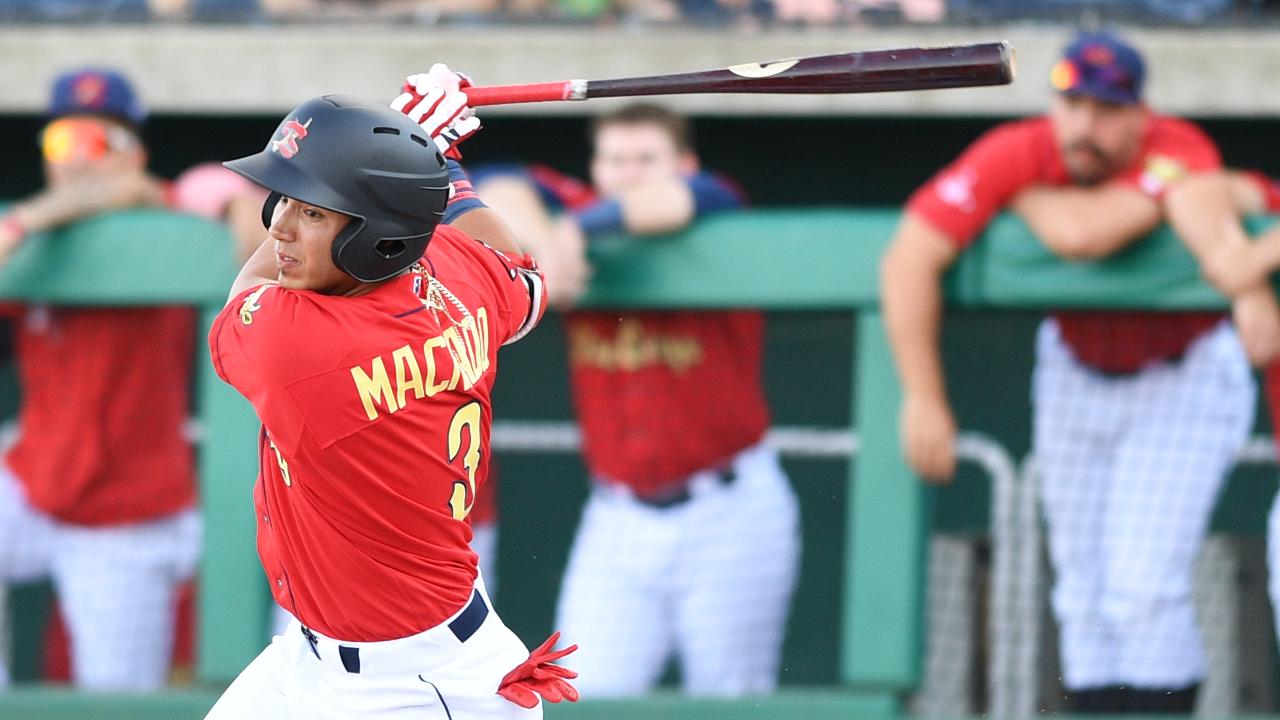 UNIVERSITY PARK, Pa. - The State College Spikes collected five extra base hits to keep pace with the Staten Island Yankees on Monday afternoon, but Staten Island's four-run flurry in the eighth was enough to deal the Spikes a 7-4 defeat at Medlar Field at Lubrano Park.

Jonatan Machado extended his on-base streak to 18 games with a double and a triple. Machado also scored two runs, one on a Moises Castillo sacrifice fly in the fourth and another on Castillo's single in the ninth.

Martin Figueroa tied the game at 3-3 in the seventh with an RBI triple of his own, while Shane Benes and Stanley Espinal contributed doubles.

Scott Politz delivered his best start as a pro for the Spikes (16-15) with five innings of one-run ball. The Yale product allowed five hits and three walks while striking out five batters.

Staten Island (14-15) took the lead for good on Borinquen Mendez 's two-out, two-run triple in the eighth. One batter after Mendez's three-bagger, Ezequiel Duran smashed a two-run homer to left field, his fifth of the year, to bump the lead further.

Hector Villalobos (1-1) took the loss after yielding all four eighth-inning runs on four hits and a walk. Villalobos logged a total of two innings and struck out two batters.

Luis Flores plated a run for the Spikes in the fifth with a sacrifice fly to left field.

T.J. Sikkema , the 38th overall draft choice in 2019 out of Missouri, started for the Yankees and gave up just one hit while striking out four batters over three innings.

Marcus Evey (2-0) picked up the win in relief for Staten Island. Evey allowed one run on three hits and a walk while striking out one batter in a single inning of work. Tim Hardy (1) allowed one hit, then retired the last five batters of the game in order to earn the save.

Duran went 4-for-5 with a double to go with his home run to lead the Yankee offense.

The Spikes will now enjoy an off day on the New York-Penn League schedule Tuesday before heading on the road to visit the West Virginia Black Bears (Pittsburgh Pirates) for a three-game series at Monongalia County Ballpark. Pitchers for both teams in the 6:35 p.m. series opener on Wednesday are yet to be announced.

Following the jaunt to West Virginia, the Spikes return home on Saturday for a three-game series with the Williamsport Crosscutters (Philadelphia Phillies).

Highlights of the homestand include Astronomy Night and a Moon Landing 50th Anniversary Celebration to go with Senior (55+) Prom Night featuring "A Night Under the Stars" Post-Game Senior (55+) Dance on Saturday, Paint the Park Purple Night featuring a post-game FIREWORKS show presented by Home Instead, Juniper Village and Grane Hospice Care on Sunday, and a Monday Buck Night presented by 95.3 FM 3WZ.

Catch all of the action on Wednesday via the Spikes Radio Network, presented by Penn State Sports Medicine, Official Healthcare Provider of Penn State Athletics, at 6:20 p.m. with Spikes Live, presented by Mount Nittany Health, on the air from Monongalia County Ballpark. The Spikes' radio broadcast can also be heard worldwide through the "Listen Live" link on StateCollegeSpikes.com, provided by the club's flagship radio home, NEWSRADIO 1390 WRSC, as well as the TuneIn Radio app.