Lightning and rain halt play with score tied, 3-3, in Williamsport 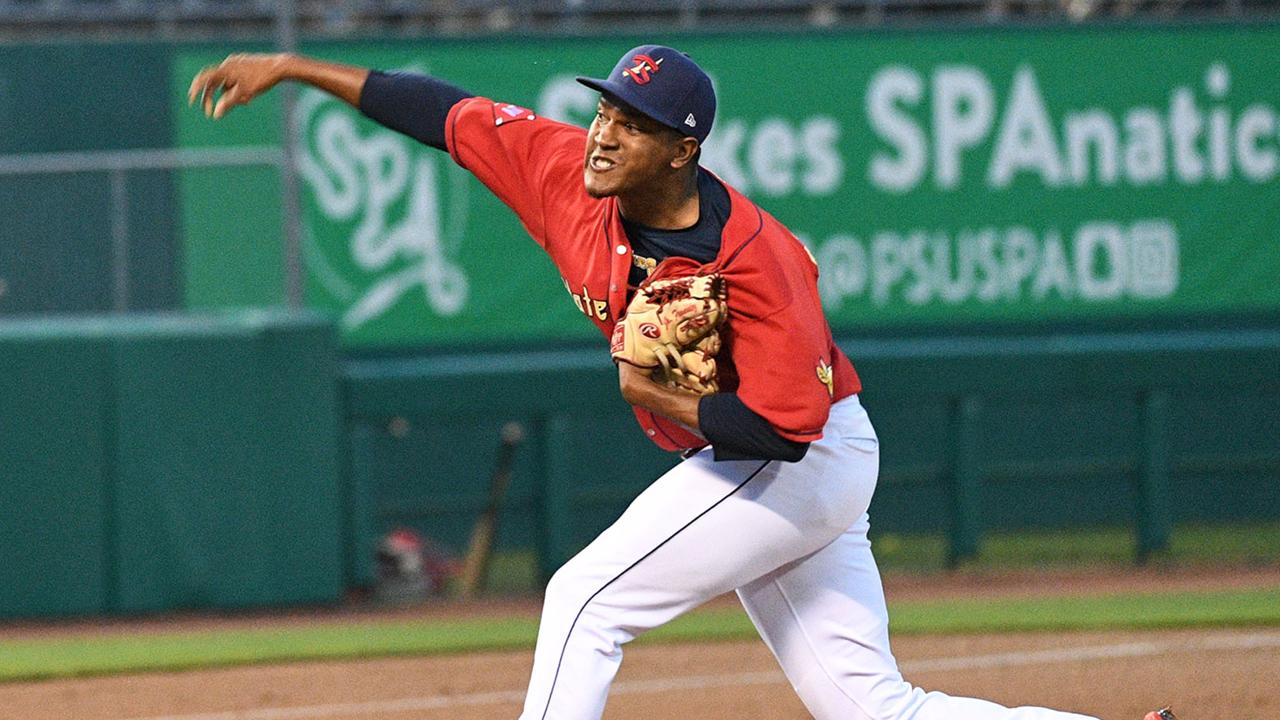 WILLIAMSPORT, Pa. - The State College Spikes saw their 2019 season finale against the Williamsport Crosscutters on Monday afternoon stopped by weather in the middle of the ninth inning with the score tied, 3-3, thereby assuring them of finishing with a 39-36 record.

Lightning halted play as the bottom of the ninth was about to begin at BB&T Ballpark at Historic Bowman Field, and subsequent rain showers rendered the field unplayable.

The tie game is the first in Spikes history, as all other games stopped with a tie score were suspended and completed at a later date. All statistics from the game count in the year-end totals.

The Spikes took the opening lead of the game in the second inning. Luis Flores knocked in two runs with his bases-loaded single to right, giving him nine runs batted in over the final six games of the season.

Williamsport (32-43) tied the game with Nicolas Torres 's RBI single to left in the second and Rudy Rott 's run-scoring single to right in the third.

Terry Fuller then put the Spikes back on top in the eighth with a two-out single off the wall in left field to bring in Donivan Williams before Kendall Simmons 's flyout to left brought in Johan Rojas with the tying run in the bottom half of the same frame.

The Spikes closed out the season with several standout performances. Left-handed pitcher Jacob Schlesener finished the season second in the New York-Penn League with 81 strikeouts, which also matched the State College single-season franchise record set by Daniel Castano in 2017. Fabian Blanco tied for the league lead in appearances with 22 mound outings, all in relief, and Enmanuel Solano 's 82 1/3 innings pitched paced the NYPL.

Spikes co-MVP Pedro Pages ended the year with a .291 batting average, eighth-best in the league, and a .393 on-base percentage which was seventh-best. Pages also recorded 17 doubles to tie for fourth in the NYPL in that category, and his .430 slugging percentage was tenth-best.

David Vinsky found himself on several league leaderboards as well, with his .284 average ranking tenth in the NYPL and his 67 hits tying him for seventh-most in the loop.

Fans can also look forward to plan their 2020 season with Spikes Season Seat Memberships. Season Seat Members enjoy numerous benefits, including early entry into the ballpark for every game, giving them the first opportunity at many of the Spikes' fantastic giveaways.

Season Seat Memberships are available as either one-year or three-year terms, with a $100 deposit per seat. However, those purchasing a three-year membership do not have to pay for all three years at once. Customized payment plans are also available by speaking with a Spikes ticket representative.

Season Seat Memberships also give Spikes fans a membership in the Extra Innings Club, which grants access to a wide array of exclusive events at the ballpark throughout the year.

To purchase a Season Seat Membership and enjoy amenities that last all year long, call a Spikes ticket representative at (814) 272-1711.