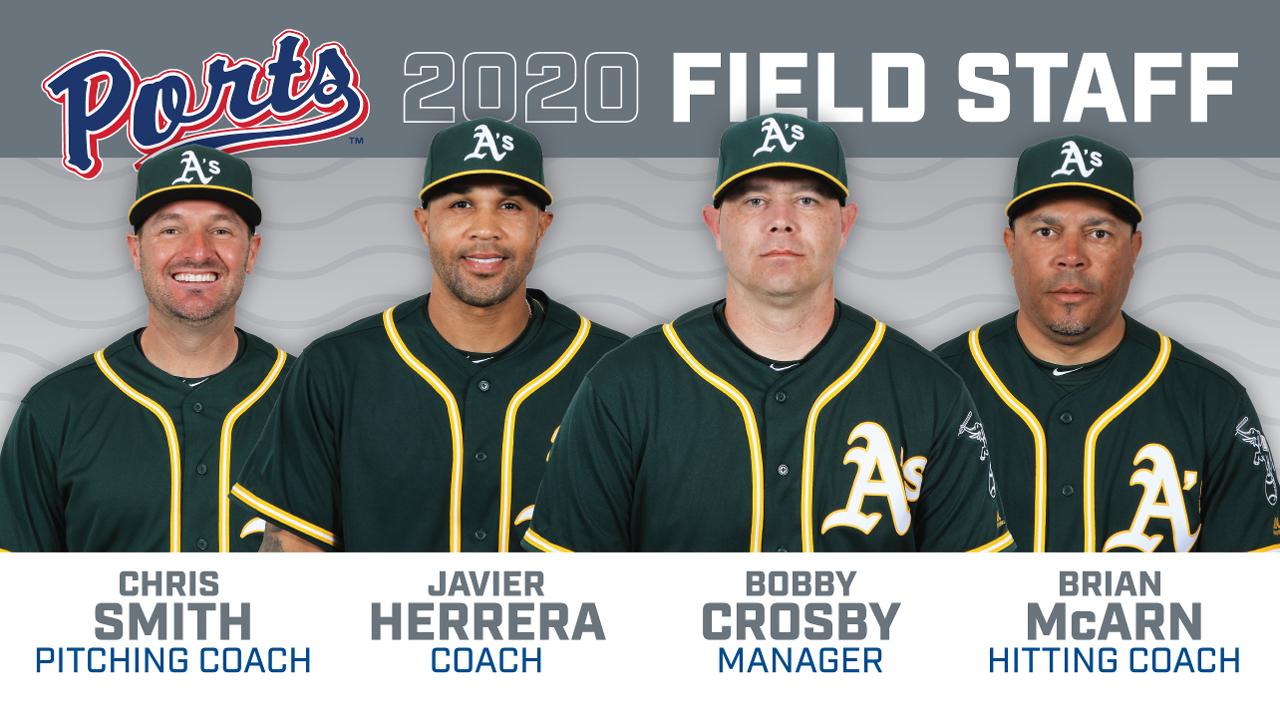 Bobby Crosby, who was the 2004 American League Rookie of the Year while playing for the A's, began his coaching career last year with the Double-A Midland Rockhounds. This will be Crosby's first year managing at the professional level. Crosby played in the Major Leagues for eight seasons and rehabbed with the Ports back in 2005. Selected by the Oakland Athletics in the first round (25th pick) of the 2001 MLB Draft and signed by Stockton Ports Manager Rick Magnante (2015-2018), Crosby played in 747 Major League games recording 62 homers and 276 RBIs. In 2010, Crosby spent time with the Pittsburgh Pirates, Arizona Diamondbacks and ended his professional playing career with the Milwaukee Brewers.

Javier Herrera served his first season as a coach for the Arizona Athletics in 2019. Herrera is a former outfielder who has played for nearly 15 seasons in both professional and independent ball, including a full season with the Stockton Ports in 2007. Herrera was named MiLB All-Star on three separate occasions (Northwest League in 2004, Midwest League in 2005, Eastern League in 2013) and was the Northwest League Player of the Year in 2004.

"We are very excited for Bobby Crosby to make his manager debut with the Ports this year," said President Pat Filippone. "And it's great to see Herrera returning to Banner Island Ballpark in his new role as coach. We can't wait to see what they will accomplish for the 2020 All-Star season."

Returning to the Ports staff for the third consecutive year is Brian McArn, who will be entering his 23rd year as a hitting coach in the Athletics' system. Pitching Coach Chris Smith, who was a part of the 2017 A's, is also returning for his second year with the Ports. Strength & Conditioning Coach Henry Torres enters his seventh season with the A's, working for the Las Vegas Aviators last year.

This is Athletic Trainer Nick Voelker's first year with the Ports. Voelker enters his third season with the Athletics, working for the Arizona A's Gold last year.

Opening Day for the Stockton Ports 2020 season is April 17, 2020. Season ticket memberships are now available for purchase by visiting stocktonports.com or by calling the Front Office at (209) 644-1900. Purchasing season tickets gives fans the first right to All-Star tickets before being available to the general public. This is the first time Banner Island Ballpark will host the California League All-Star Game since 2007. Festivities for the day include FanFest, a homerun derby, the California League All-Star Game and a postgame fireworks extravaganza. More details about the All-Star Game coming soon. To stay up to date with all the latest Stockton Ports news, visit stocktonports.com and follow the Ports social media pages.