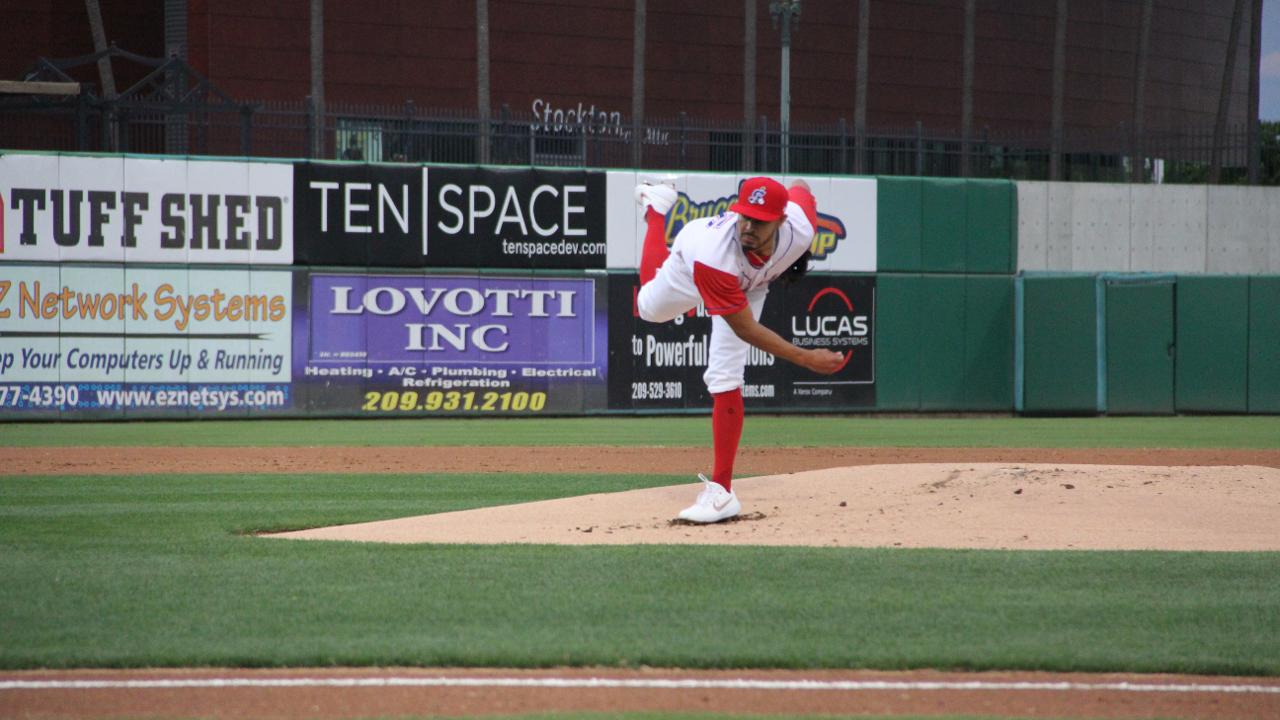 STOCKTON, Calif. - The San Jose Giants struck an early blow on Friday night at Banner Island Ballpark and it turned out to be the decisive blow of the game. Manuel Geraldo hit a two-run homer in the second inning that proved to be the difference as the Giants handed the Stockton Ports a 3-1 loss to open a four-game series, getting San Jose to within a half-game of Stockton for the lead in the Wild Card standings.

After the Ports failed to score in a bases-loaded situation with two outs in the first, Dalton Combs opened the top of the second with a single to right field and Geraldo followed with a two-run homer that gave the Giants a 2-0 lead. Ports starter Xavier Altamirano (5-11) would settle in after that, at one point retiring 10 consecutive batters.

Altamirano worked into the seventh inning and gave up back-to-back singles to open the frame, putting runners at the corners with nobody out. Hamlet Marte delivered a sac-fly to center that stretched the San Jose lead to 3-0. Altamirano would suffer the loss, going 6 2/3 innings and allowing three runs on four hits while striking out five.

San Jose starter Tristan Beck (1-2), after escaping the bases-loaded jam in the first, at no point had two men on base simultaneously the remainder of his outing or the remainder of the game. Beck, who at point set down eight-in-a-row, earned his first win as a Giants farmhand, going six scoreless frames while allowing just three singles and striking out five.

Jesus Tona took over to start the seventh for San Jose and would retire six of the seven batters he faced over two innings, the lone exception being Lazaro Armenteros who hit his 17th home run of the season with one out in the seventh to make it a 3-1 contest. Following the Armenteros home run, Tona and Olbis Parra (SV, 3) combined to retire the final eight Ports hitters with Parra working a perfect ninth to notch his third save of the season.