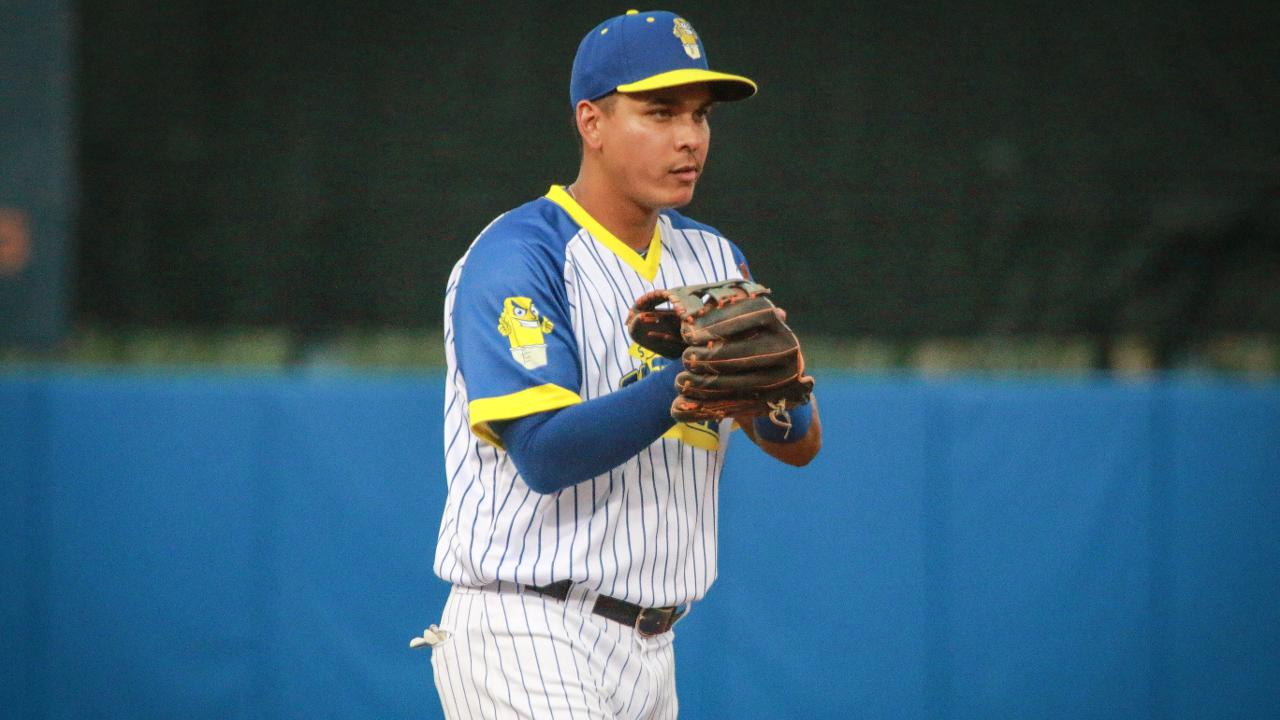 Rubén Tejada knocked in three runs and had two hits, including a home run on Saturday night for the Butter Sculptures. (Danny Tripodi)

Syracuse, NY - The Syracuse Butter Sculptures combined stellar defense, solid pitching, and timely hitting to come back and beat the Scranton/Wilkes-Barre RailRiders, 6-2, on Saturday night at NBT Bank Stadium in front of an electric crowd of 6,160. Rubén Tejada had two hits and three RBIs for the Butter Sculptures in the win.

Syracuse (44-48) trailed, 2-1, entering the bottom of the seventh inning. Tejada led off the frame with a home run that he crushed over the left-field wall to tie the game, 2-2.

The Butter Sculptures then used fantastic defense in the top of the eight to keep the game tied. Scranton/Wilkes-Barre's Tyler Wade led off with a single, but Syracuse right fielder Rymer Liriano threw Wade out at second base on the play for the first out of the inning. After Clint Frazier struck out, Kyle Higashioka walked, and Brevic Valera singled, putting runners at first and second base. Ryan McBroom then singled to the outfield, but during the play, Syracuse center fielder Rajai Davis threw the ball to third base in time to get Valera out at third for the final out of the half inning before Higashioka scored at home, so the game remained tied at two.

Syracuse scored the game's decisive runs in the bottom of the eighth. Grégor Blanco singled, Travis Taijeron doubled, and Liriano walked to load the bases. Two batters later, Arismendy Alcantara grounded a ball back to the mound. RailRiders relief pitcher Stephen Tarpley fielded the ball but made an errant throw home that allowed Blanco to score from third base and Taijeron to score from second to give the Butter Sculptures a 4-2 lead. Tejada followed with a single to right field that brought home both Liriano and Alcantara for a 6-2 Syracuse advantage.

Syracuse began the game with a run in the first. Rajai Davis led off with a walk. On a hit-and-run, Alcantara doubled to left field, scoring Davis from first base to give the Butter Sculptures a 1-0 lead.

Scranton/Wilkes-Barre (53-39) tied the game in the third. With one out, Mike Ford singled, Thairo Estrada doubled, and Wade was intentionally walked, loading the bases. Frazier followed with a sacrifice fly to center field, scoring Ford to knot the game up, 1-1.

The RailRiders took the lead in the sixth. Wade led off with a bunt single. Two batters later, Higashioka singled, putting runners at first and third. Two batters after that, with two outs and McBroom at the plate, a passed ball allowed Wade to score from third base to put Scranton/Wilkes-Barre in front, 2-1.