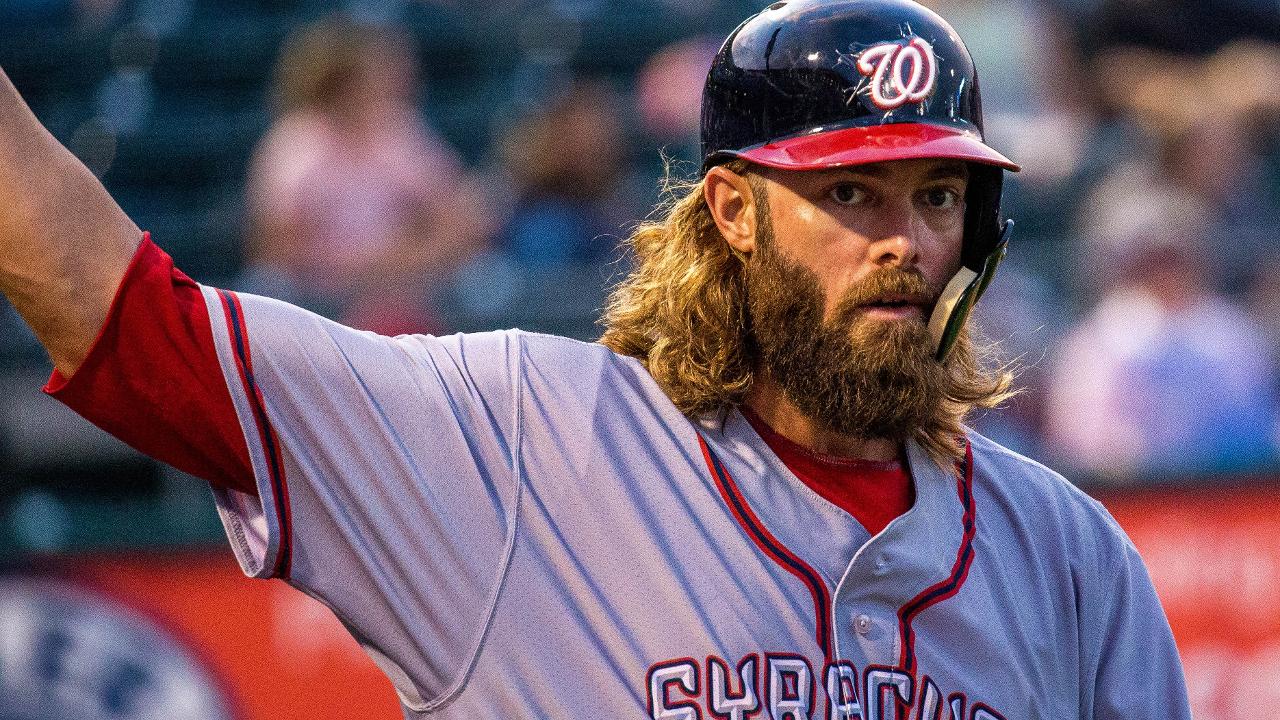 The Syracuse Chiefs defeated the Lehigh Valley IronPigs, 7-4, Tuesday night at Coca-Cola Park. Spencer Kieboom hit a solo home run in the eighth inning to give the Chiefs the lead for good, and Syracuse scored five runs in the final three innings. Brandon Snyder homered twice in the win. Jayson Werth and Trea Turner each hit three times and played four innings in the field on Major League rehab, with Werth going 1-for-3 and Turner 0-for-3.

Lehigh Valley (71-58) started the scoring in the bottom of the first. Scott Kingery led off the frame with a double off Jacob Turner to left. J.P. Crawford, the Phillies' top-ranked prospect per Baseball America, singled on a ground ball up the middle to score Kingery and put the IronPigs up 1-0.

Thanks to the hot bat of Snyder, the Chiefs grabbed that run back in the top of the second. Syracuse's leader in home runs, on-base percentage, and slugging percentage, blasted a fly ball off Jose Taveras over the left-center-field fence for a solo home run, tying the game at one.

Syracuse (49-80) jumped in front in the top of the fourth with back-to-back home runs. For the second time in the game, Snyder led off an inning with a home run. This time, it came on a 2-0 pitch crushed into center. It was Snyder's 19th home run of the year.

But Syracuse wasn't done just yet. Up next was Skole, in his fifth game back from a month spent on the Disabled List. On a first-pitch fastball, Skole pummeled a home run right down the right-field line for his ninth home run of the year and a 3-1 lead.

The IronPigs grabbed a run back in the bottom of the sixth. With one out, Carlos Tocci singled on a soft line drive to left. Two batters later, with Angelo Mora at the plate, a wild pitch by Jacob Turner allowed Tocci to take second. Mora then singled on a ground ball to center, plating Tocci and putting Lehigh Valley within one.

The Chiefs added another run in the top of the seventh. Rafael Bautista singled on a blooper into right. Bautista stole second and moved to third on Bengie Gonzalez's single. Irving Falu followed with a line-drive single to right-center, scoring Bautista for a 4-2 lead.

Jacob Turner was excellent for the Chiefs, striking out nine batters in six innings of two-run ball. After an hour and 15 minute rain delay, Lehigh Valley found two runs in the seventh. Logan Moore, Herlis Rodriguez and Andrew Pullin each singled off Neal Cotts, with Pullin driving in Moore to make the score 4-3. After Rafael Martin came into the game and two fly outs, Tocci singled to center to plate Rodriguez and tie the score.

But the tie was short lived. Kieboom hit a solo home run with two outs into the bullpen in left in the top of the eighth to give the Chiefs a 5-4 lead.

Syracuse added two more runs in the ninth. Gonzalez doubled with one out off Cesar Ramos. Two batters later Zach Collier doubled over the head of Rodriguez in right, scoring Gonzalez and stretching the lead to two. Clint Robinson then singled home Collier to make the score 7-4.

Wander Suero picked up a two-inning save, and extended his scoreless-innings streak to 17.

Syracuse and Lehigh Valley continues the series Wednesday night, with Jayson Werth and Trea Turner again expected to be in the starting lineup. Esmil Rogers is scheduled to start for the Chiefs opposite Drew Anderson for the IronPigs. First pitch is at 7:05 p.m.