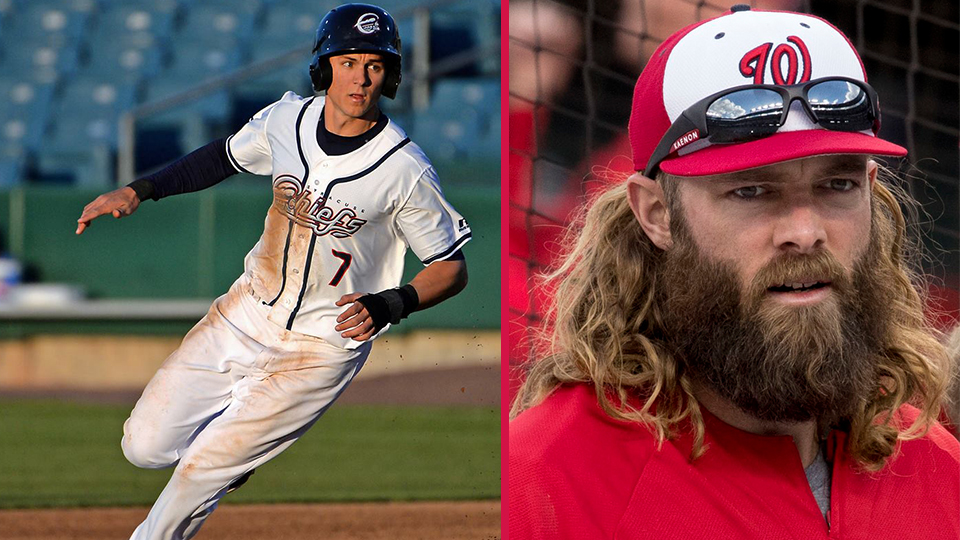 The Syracuse Chiefs are pleased to announce the additions of Washington Nationals infielder Trea Turner  and outfielder Jayson Werth  to the roster as of Monday, August 21st. Both Turner and Werth will join the Chiefs on Major-League rehab assignments as the two prepare to return to the Washington Nationals. Both are also former Chiefs, with each having spent significant time with Syracuse before their Major-League debuts.

Trea Turner joins the Chiefs for the third time in his career. The 24-year old played in 131 games between 2015-2016 in Syracuse, posting a slash line of .306/.364/.407 with 29 doubles, 11 triples, nine home runs, 48 RBIs and 39 stolen bases. Turner was named a Mid-Season and Post-Season All-Star in 2016 with the Chiefs. After Turner was called up for good on July 15th, 2016, he had one of the best rookie seasons in baseball, hitting .342 in 73 games with 14 doubles, eight triples, 13 home runs, 40 RBIs and 33 stolen bases. Turner has been on the Disabled List since June 30th with a right wrist fracture.
Jayson Werth is set to begin is his fifth-separate stint with the Chiefs. Werth originally played for Syracuse as a member of the Blue Jays organization, combining to play in 191 games between 2002-2003. Werth has twice returned to the Chiefs on rehab assignments since joining the Nationals, both for seven games in 2012 and most recently in six games in 2015. A veteran of over 1,500 Major-League games, Werth was hitting .262 in 47 games for Washington this season before being placed on the Disabled List on June 5th with a left-foot contusion. The 38-year-old has been with the Nationals organization since 2011.
The Chiefs open a seven-game road trip Monday night, starting with a four-game series against the Lehigh Valley IronPigs. Coverage is available on the Chiefs flagship station, The Score 1260-AM in Syracuse, as well as on MiLB.TV