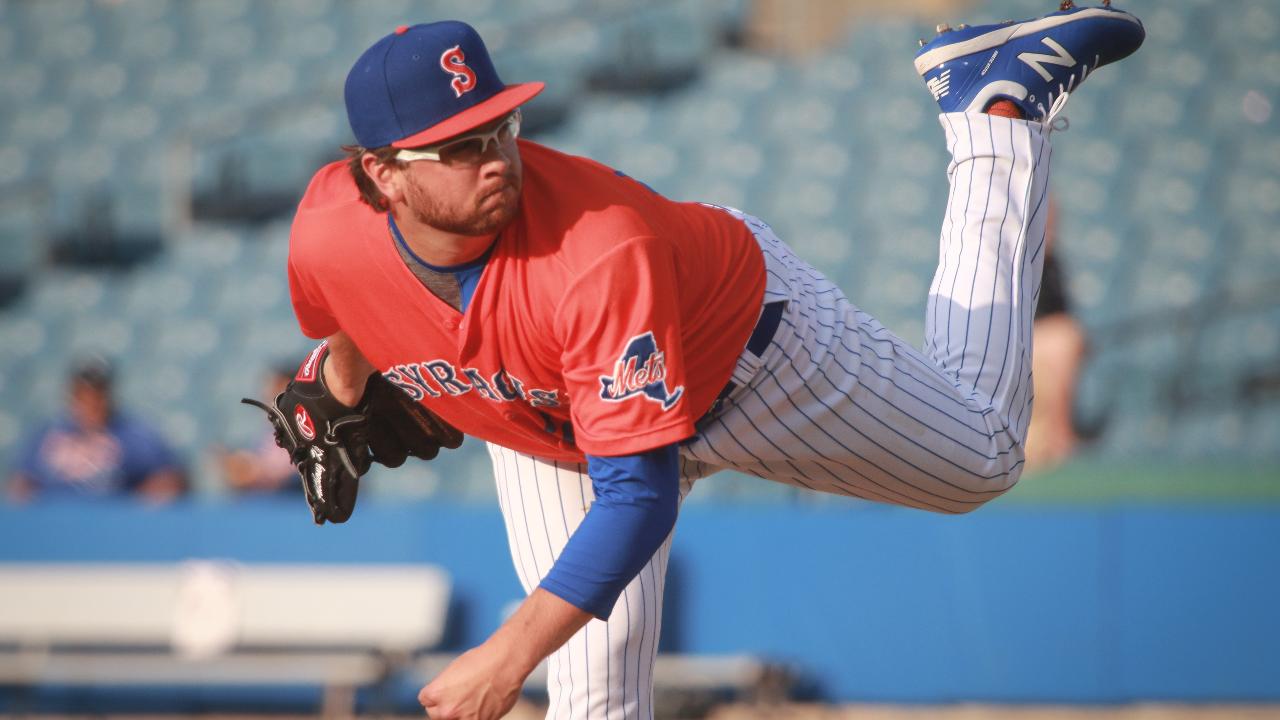 Syracuse, NY - The Syracuse Mets rallied late but fell, 4-3, to the Scranton/Wilkes-Barre RailRiders on Friday night at NBT Bank Stadium. Mets starting pitcher Anthony Kay put together his best Triple-A performance of the season, allowing just one run in five and 2/3 innings on the mound.

Scranton/Wilkes-Barre (53-38) opened the scoring in the top of the second inning. With one out, Kyle Higashioka hit a solo home run to put the RailRiders in front, 1-0.

Just as Syracuse (43-48) did on Thursday night though, they responded to a RailRiders solo home run in the top of the second with a two-run homer of their own in the bottom of the second. This time it was Dilson Herrera who crushed the home run to give Syracuse a 2-1 lead.

In the bottom of the fifth, Travis Taijeron led things off with a double for the Mets. Three batters later, Tim Tebow drilled a sinking liner towards center fielder Billy Burns who robbed what would've been another run for Syracuse with a diving catch to keep the Mets lead at just one run.

The RailRiders regained the lead in the seventh. Ryan McBroom led off with a single. From there, Zack Zehner reached on an error, and Burns singled to load the bases for the RailRiders with no outs. The Mets then brought relief pitcher Ryan O'Rourke into the game. The left-hander induced a fly out and a pop out, but Tyler Wade delivered a two-run single to right field that gave the RailRiders the lead, 3-2.

In the ninth, René Rivera blasted a home run to start the inning and pull the Mets within one, 4-3. From there, Syracuse went down in order, ending the game.

The Mets host the RailRiders again on Saturday night. RHP Walker Lockett will be on the mound for Syracuse while RHP Chance Adams will throw for Scranton/Wilkes-Barre. First pitch is set for 7:05 p.m.