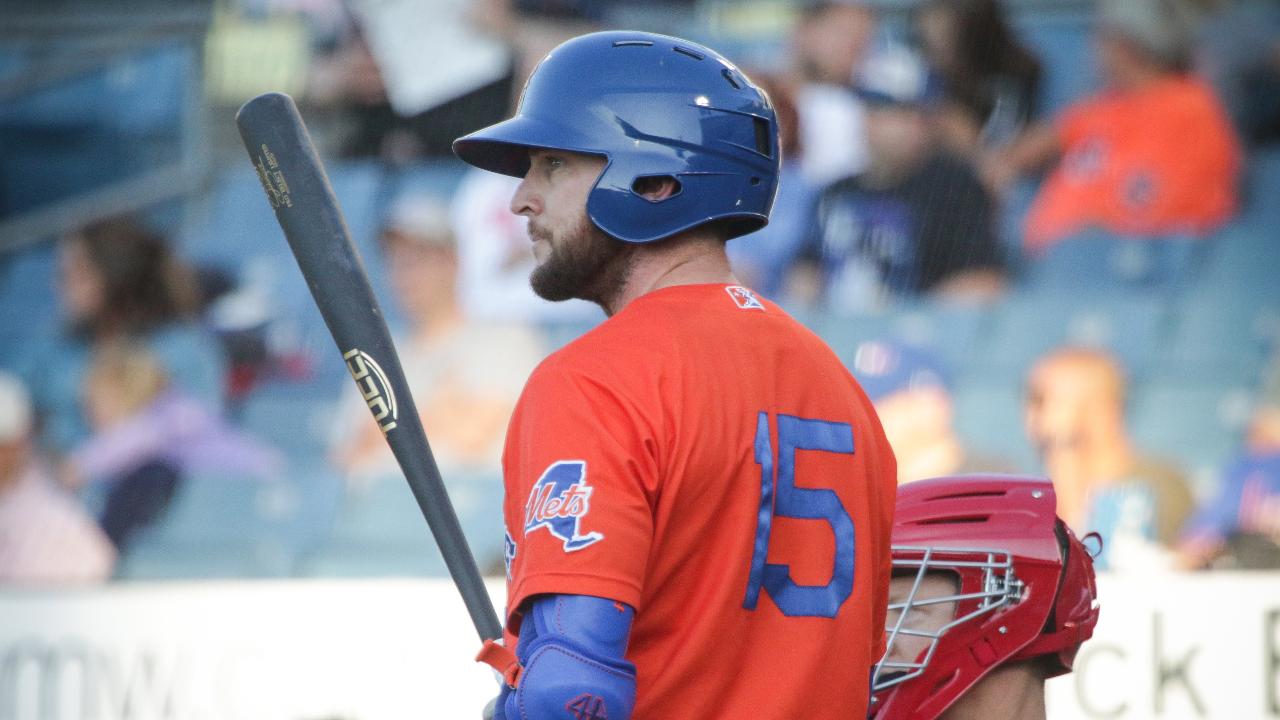 Syracuse, NY - The Syracuse Mets won their final regular season home game of the season with a 2-0 victory over the Lehigh Valley IronPigs on Thursday night in front of an electric crowd of 8,997 at NBT Bank Stadium. With the win, Syracuse finishes the regular season with a 42-28 record at NBT Bank Stadium this year. The Mets also hold a share of first place in the International League North Division along with the Scranton/Wilkes-Barre RailRiders with four games left to play.

Syracuse (73-63) broke a scoreless tie in the bottom of the fifth inning. With two outs, Jed Lowrie hit a 2-2 pitch over the left-field fence for a home run that gave Syracuse a 1-0 lead.

The Mets added another run in the eighth. Rymer Liriano hit his tenth home run of the season to stretch the Syracuse lead to 2-0.

Lehigh Valley (63-72) was held off the board all day. In likely his final regular-season start, Syracuse starting pitcher Ervin Santana allowed just five hits in six shutout innings. The 36-year-old didn't allow a walk and struck out six batters in the game. In the five games the Mets have played since Monday, they have walked a total of only three batters. Mets relievers Nick Rumbelow, Stephen Nogosek, and Tyler Bashlor all pitched scoreless innings for Syracuse en route to the win.

Syracuse now begins a road series against the Rochester Red Wings for the Mets' final four games of the regular season. The first game of the series is on Friday night. RHP Corey Oswalt is scheduled to start for Syracuse. First pitch is set for 7:05 p.m.