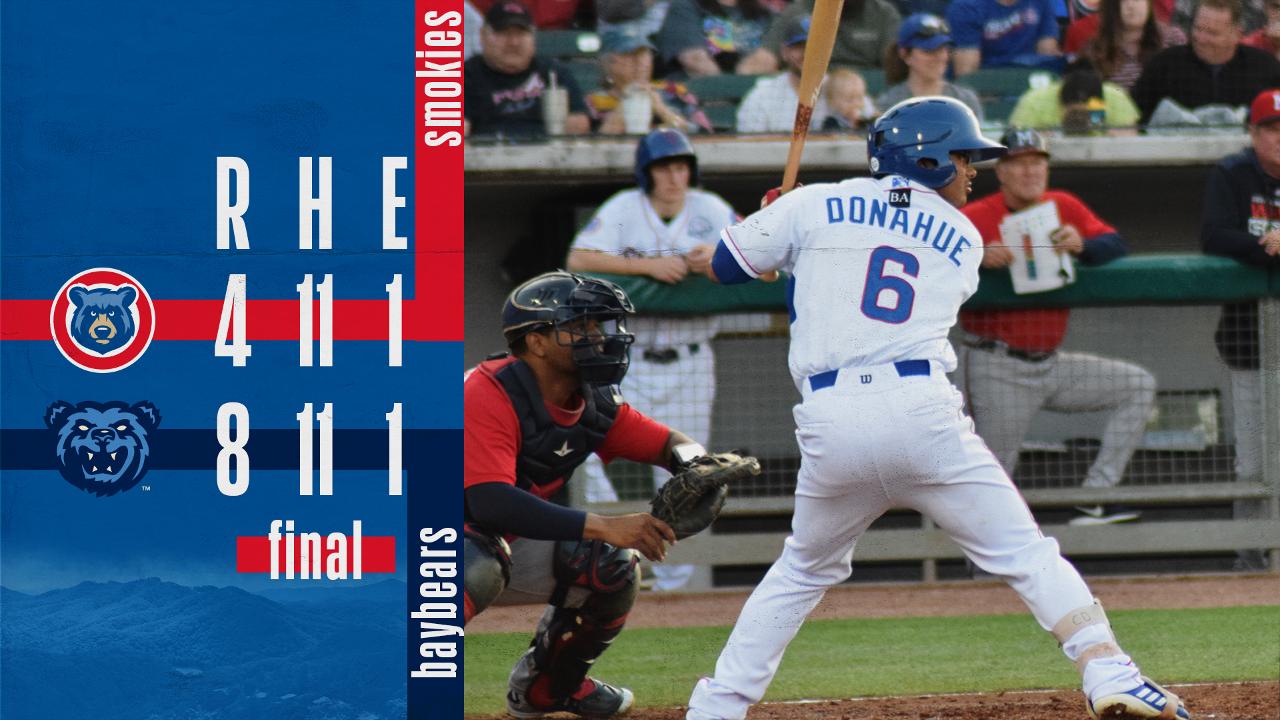 Mobile opened their account on the game early and often in the first two innings. They tallied six runs on seven total hits accompanied by a pair of walks by Smokies starter RHP Erich Uelmen (L, 0-3).

Bo Way led off the ballgame with a single and scored the first run thanks to an RBI-single from Gareth Morgan. An error from Christian Donahue in the first allowed a second run in the form off Brandon Marsh to score as well. It was the first time all season Donahue manned the shortstop position as adjustments were made due to a bevy of Smokies promoted to Iowa early in the afternoon.

Morgan struck again the very next frame with his second single that brought home his third RBI. Both Jordan Zimmerman and Brendon Sanger immediately followed with RBI-singles off their own to give Mobile an early 6-0 cushion in the second.

Uelmen settled in to retire the next six BayBears, but ultimately his outing ran to a halt in the fifth inning. He allowed six earned runs and seven hits while striking out two in a losing effort. RHP Erick Leal followed his counterpart to toss four innings in which he only allowed two runs on a pair off sacrifice flies from Mobile.

The Smokies tallied their lone run off BayBears starter LHP Greg Mahle (W, 3-3) in the sixth inning. Gioskar Amaya led off the inning with a double to left field. Eddy Martinez collected the RBI with a sacrifice fly to put the Smokies on the board.

Tennessee pushed back late in the ninth inning with a threatening trio of runs. Both Connor Myers and Donahue punished the ball for a 1-2 punch of RBI-singles to cut in to the BayBears' lead. One more run came across as a result of a fielding error by Connor Justus to run the score to 8-4. With the tying run at the plate, RHP Austin Warren cut down the rally with strikeout to hand Mobile their first win of the series.