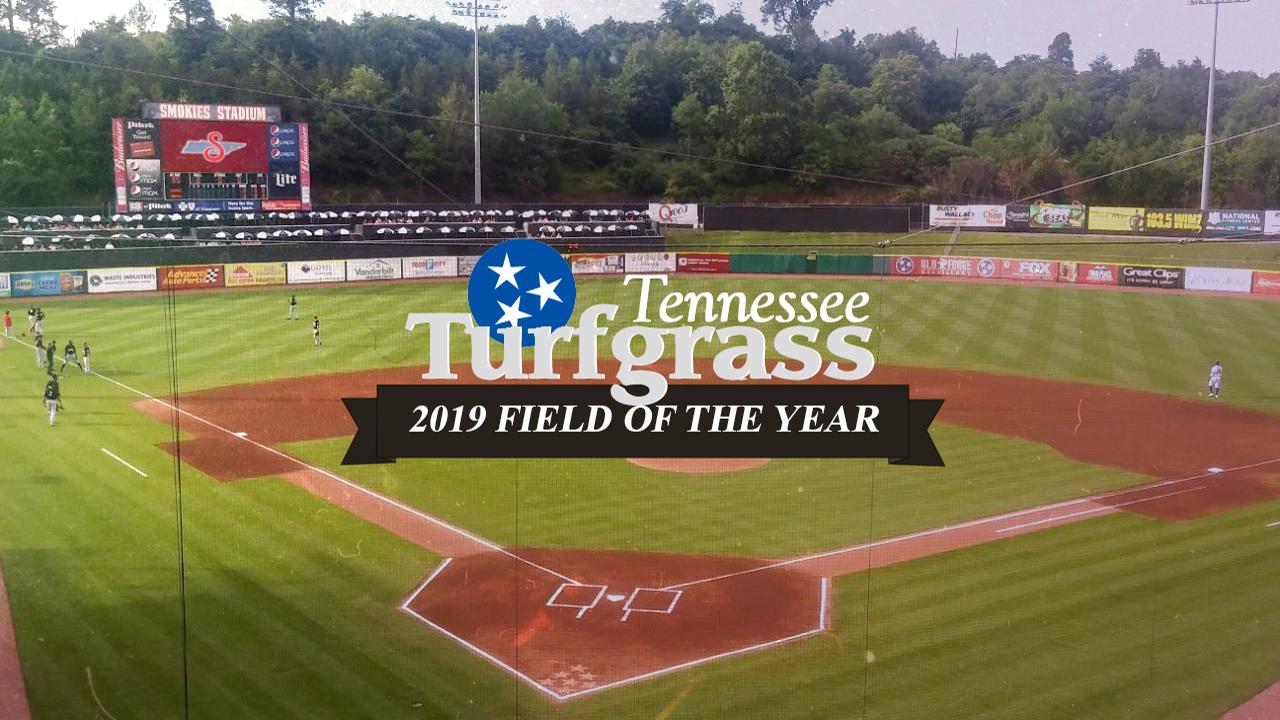 "Having the opportunity to come out here everyday and do what I love means a lot me. I take this title as a way of showing others that hard-work and passion to your craft can result in positive outcomes such as this" said Taylor. "This is a win for the Boyd Sports organization, and all of the long hours put in by my crew." Taylor went on to recognize Nick O'Gara, Zach Robinson, Casey Allen, Steve Eason, and Andrew Edmonds.

The Smokies last won the title in 2015. Taylor won the award in 2017 and 2018 with the Jackson Generals, at the Ballpark in Jackson. The Professional Sports Field of the Year award is presented to the best field surface over the 11 professional fields across the state of Tennessee. The award ceremony will take place during the 54th Annual Tennessee Turfgrass Association Conference on January 6-8, 2020 in Murfreesboro, TN.

"We are extremely excited that the Smokies have received such an honor" stated Smokies General Manager Tim Volk. "Eric and his crew show up to the ballpark each and every day with an unbelievable amount of energy and determination. They take their jobs very seriously, and this is why they are deserving of an award of this stature. We are extremely lucky to have somebody as talented as Eric as a leader in of our organization."