Detroit lands right-hander from Oakland as part of Fiers deal 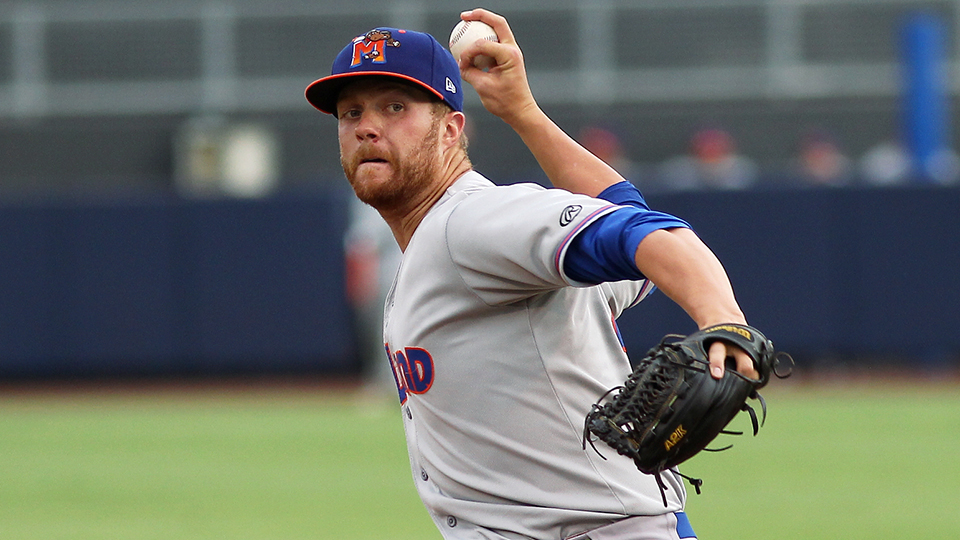 Logan Shore was a combined 3-6 with a 4.45 ERA in 17 starts with Class A Advanced Stockton and Double-A Midland. (Ben Sandstrom/MiLB.com)

Mike Fiers has gone 5-1 with a 3.09 ERA for Oakland since being traded from Detroit on Aug. 6.

The Tigers hope their end of the deal can pay off as handsomely, and on Wednesday they landed the second piece.

Detroit said it acquired right-hander Logan Shore, formerly Oakland's No. 14 prospect, as a player to be named.

Tigers vice president of player development Dave Littlefield said Shore would head to Lakeland, Florida, where the Tigers are holding their instructional league, to help "start the relationship."

"Obviously, he was a high pick and had success numbers-wise and pitched very effectively, really, until he moved up to Double-A, which is always a fork in the road," Littlefield said.

"Plus changeup, good control. We've liked him since that Draft, and our pro scouts followed that up."

The former University of Florida Friday starter slotted in as the No. 17 prospect in the Tigers' system following the deal. He went 3-6 with a 4.45 ERA over 17 starts across two Minor League levels this year.

Detroit previously acquired righty reliever Nolan Blackwood for Fiers, who has made eight starts for the A's and helped them surge into the second wild-card spot in the AL.

The 47th overall pick of the 2016 Draft, Shore was the Gators' ace ahead of A.J. Puk, whom Oakland took in the first round the same year.MiLB include

While scouts say Shore doesn't possess Puk's raw stuff, he has a changeup that flashes plus and outstanding control. In 192 2/3 professional innings, he's walked 44 batters, or 2.06 per nine innings. He's also posted 182 strikeouts as a pro.

One Oakland official said Shore projects as a back-of-the-rotation option, if he can develop his slider, and said his character and makeup were off the charts.

Shore made 13 starts for Double-A Midland this year and Littlefield said he anticipated Shore would begin 2019 at that level.