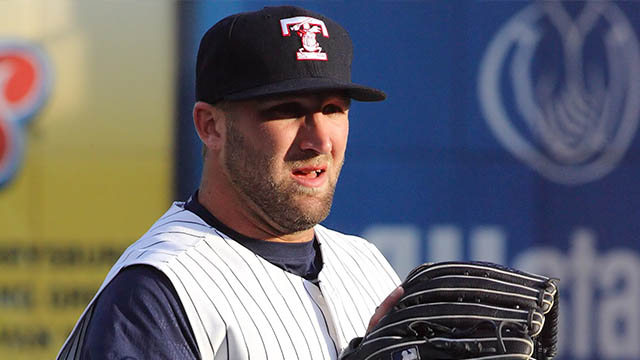 After a rain delay that lasted nearly three hours, the baseball gods cleared the skies as the Bulls and Mud Hens got their third game of the series underway Thursday night in Durham. Toledo had their offense firing on all cylinders as they combined for seventeen hits, with four Hens having a three hit ballgame.

Xavier Avery kicked off the dreary night in style with his first home run of the season to lead off the game against Durham starter Scott Diamond. In the second Tyler Collins joined Avery, slugging a two run bomb of his own to push the lead to 3-0. However, the offense was nowhere close to done, as the Hens added runs in both the third, fourth and fifth innings. Mike Hessman highlighted the scoring, scorching his tenth bomb of the season, extending the lead to 7-0 after the top of the fifth, and chasing Diamond out of the ballgame.

The Durham offense had some fight of their own in the sixth as they knocked out Hens' starter Mike Belfiore and came all the way back with a seven run inning. J.P. Arencibia and Hak-Ju Lee played key roles in the circus-like bottom half of the sixth, slugging a two run homer and a grand slam respectively. Belfiore exited after 5.2 innings surrendering three runs on three hits with a season high ten strikeouts.

Xavier Avery came up big once again in the eighth stroking a line drive double to center field, bringing around Jordan Lennerton for the go ahead run. And, once again Tyler Collins followed Avery with another two run blast in the top of the ninth to right center field, insuring the lead at 10-7. Rafael Dolis picked up the win in relief combined with the save from Ian Krol.

The Hens take their act to Norfolk as they are back in action Friday at 7:05 pm against the Tides.