Over 9.8 millions fans have attended a Hens game since 2002 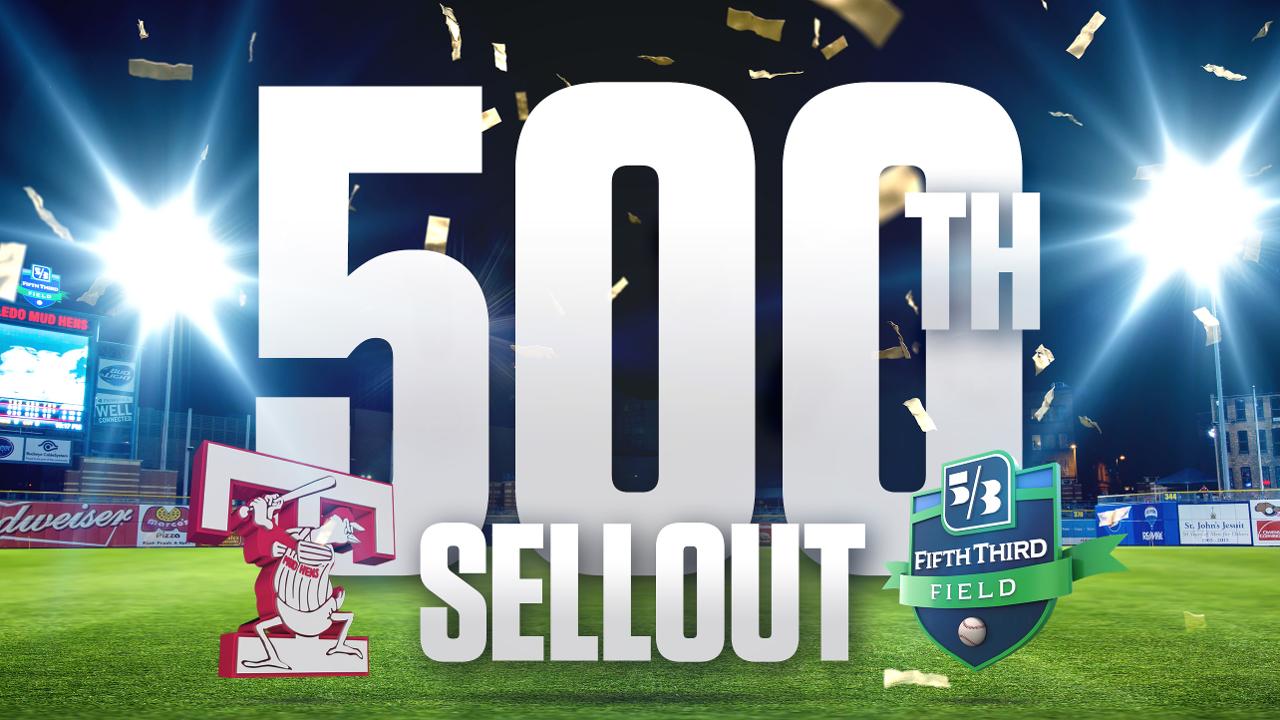 Holy Toledo! Hens fans filled the seats of Fifth Third Field for the 500th time on Friday, August 30! "Mud Hens fans, thank you, this achievement is yours," said Erik Ibsen, Executive Vice President and General Manager. "We appreciate the dedication, passion and support you give year after year."

Opening in Toledo's Warehouse District in 2002 at a cost of $39.2 million, the ballpark has welcomed more than 9.8 million fans.

"The fact the construction of this ballpark was paid off five years ahead of schedule shows just how much support we've received at Fifth Third Field," Ibsen said. "We also place a high priority on maintaining this tremendous community asset."

"This ballpark has made lifelong memories for so many people, and we can't wait to make many more in the future," said Thomas Townley, Mud Hens Director of Ticket Sales and Service.

Since moving into Fifth Third Field seventeen years ago, the Mud Hens won the International League's Governors' Cup in 2005 and 2006, hosted the Triple-A All-Star Game in 2006, and, most recently, won the IL West Division in 2018.

The Mud Hens open the 2020 season at Fifth Third Field on Thursday, April 16 against the Indianapolis Indians.