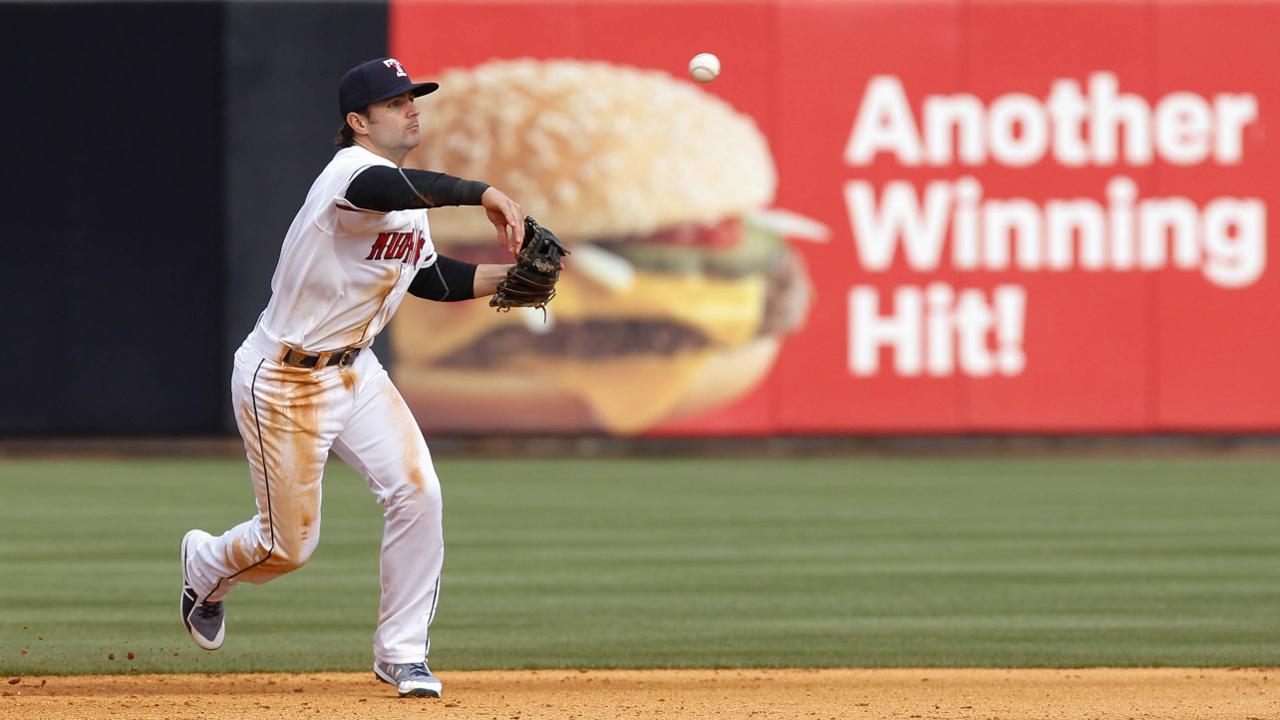 BUFFALO, N.Y. - The Toledo Mud Hens dropped the first of a six-game road trip in Tuesday's 11-3 loss to the Buffalo Bisons.

Toledo made its first visit to Sahlen Field this season for the final series meeting against the International League North Division foe.

After winning four games in the most recent home stand this past week, the Mud Hens finished with nine hits, despite going empty prior to the fifth inning.

Buffalo knocked in four home runs which nearly tied a season-high given up by Toledo last done on July 20.

Spenser Watkins (5-3, 6.36 ERA) made his 10th Triple-A start of the year and would immediately allow five runs in the first inning.

After loading the bases and drawing the first run on back-to-back walks, Watkins had a two-strike count on Andy Burns, who blasted his 14th home run over thr right field wall.

Toledo relieved the 27-year-old right-hander with one out in the second inning as Buffalo took an 8-0 lead.

Socrates Brito and Richard Urena each homered for their 13th and fifth of the season in the second, respectively.

Watkins has surrendred four runs or more in four starts with the Mud Hens this season. The native of Phoenix, Arizona, has split time between Toledo, Double-A Erie and High-A Lakeland in 2019.

The Bisons extended their lead to nine the very next inning from an RBI groundout by Santiago Espinal.

Trent Szkutnik, Bryan Garcia, Austin Adams, Victor Alcantara and Zac Reininger all pitched at least one inning with Alcantara relenting the final of four home runs for Buffalo in the seventh.

Pete Kozma would record the first hit and run scored for the Mud Hens in the fifth inning on a double to deep left-center.

Fisk lasted six innings and gave up two runs on three hits for the win.

Toledo scored its second run in back-to-back innings as Frank Schwindel picked up his second double and 15th RBI in his last nine games.

Coming over from the Kansas City Royals on June 1 and being assigned from the SeaWolves 10 days later, Schwindel is hitting 13-for-36 with four home runs during that nine-game span with the Mud Hens.

Schwindel and Kozma each collected a team-high two hits while Mahtook's RBI infield single in the eighth made it an eight-run difference.

Tim Adleman (6-4, 3.48 ERA) is probable to start Wednesday in the second of a three-game series against the Bisons.

Live coverage is available on MiLB.TV and Fox Sports 1230 WCWA-AM.

• Tuesday marked the first of 13 road games for Toledo before the season's end on September 2.

• Chad Sedio was assigned from High-A Lakeland on August 11. Sedio, the 2016 27th-round draft pick, made his first career Triple-A start on Tuesday and batted in the ninth spot.

• Bobby Wilson left in the sixth inning due to injury. He'd be replaced by Kade Scivicque for the remainder of the game.