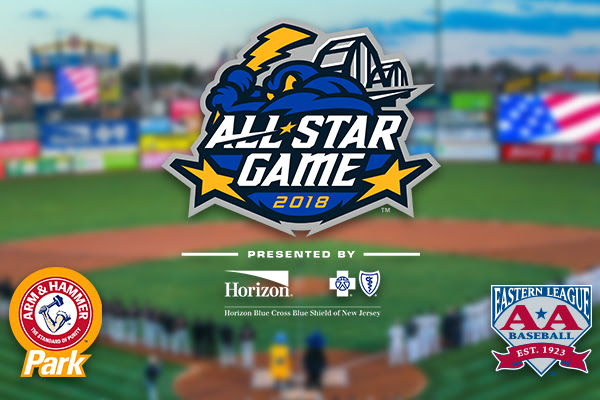 The Eastern and Western Division All-Star squads will be represented by 25 players each, 11 pitchers and 14 position players.

Hartford and New Hampshire share the lead with six players each on the Eastern Division roster, while Akron, Bowie, and Harrisburg lead the Western Division with five representatives each.

The complete rosters are listed below, including players who will be unavailable to attend or participate in the All-Star Game, marked with an asterisk.

Individual tickets to the Eastern League All-Star Classic on July 10 and 11 at ARM & HAMMER Park are on-sale now. Fans can purchase tickets and two-day passes by visiting www.TrentonThunder.com/2018ASG by calling 609-394-3300 x101.
View More