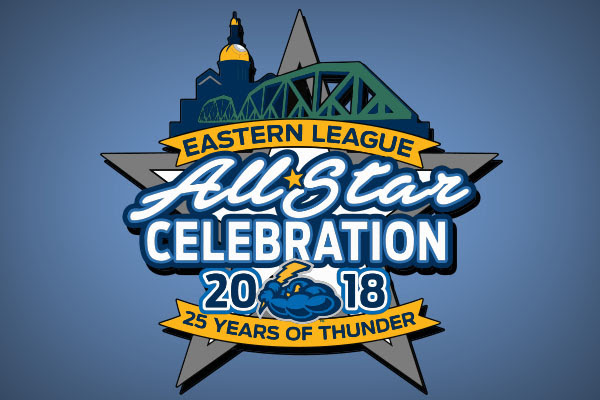 At a press conference in the Yankee Club and Conference Center on Monday afternoon the Thunder, Double-A affiliate of the New York Yankees, and the Eastern League announced that ARM & HAMMER Park will host the 2018 Eastern League All-Star Game.

"We are excited to bring the Eastern League back to Trenton in 2018," said Eastern League President Joe McEacharn. "We look forward to hosting our showcase event for Thunder fans as part of their season-long 25th Anniversary celebration."

The annual two-day event will host some of the top prospects in the Eastern League with a team from the Eastern Division taking on the Western Division. The teams will be selected through a combination of fan balloting and selections from managers, media and team personnel.

"The 2018 season is already shaping up to be one of the most special seasons in our history," said Thunder GM/COO Jeff Hurley. "I'm thrilled that we can bring this terrific event to the great fans of the Thunder at ARM & HAMMER Park."

Additional information about the events surrounding the 2018 All-Star Game will be made available at a later date.