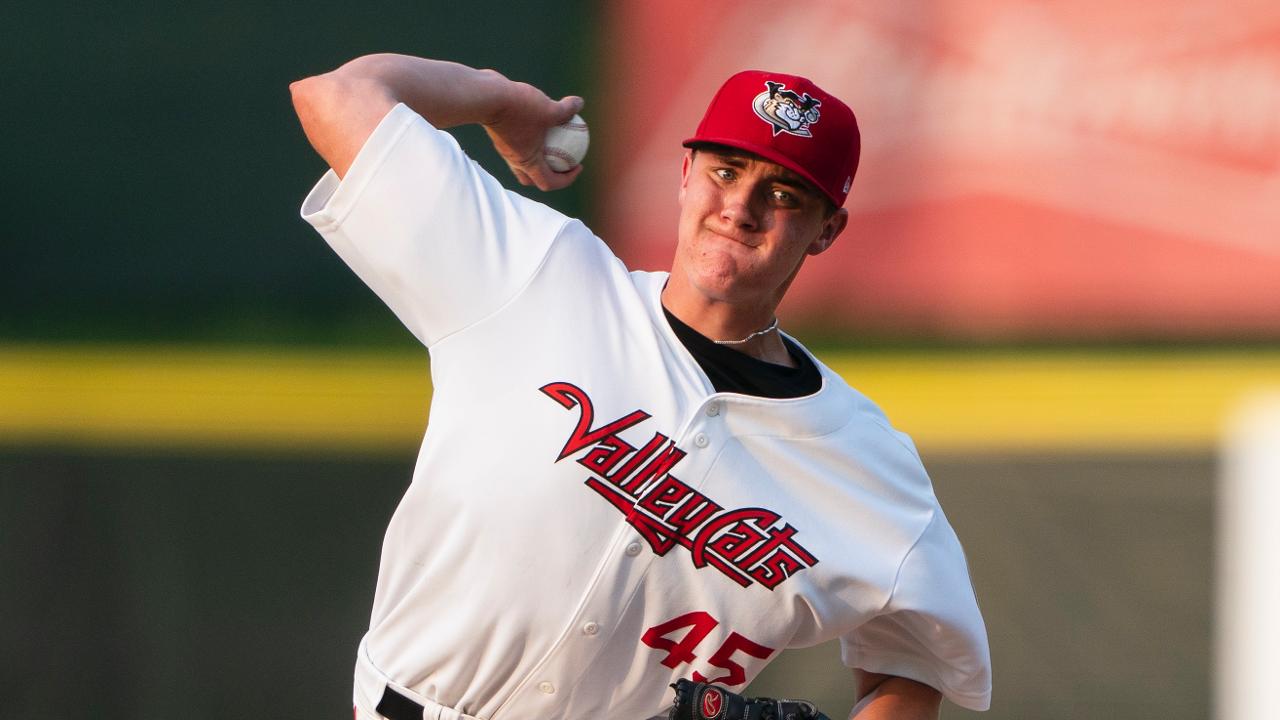 TROY, NY - Four ValleyCats pitchers combined to allow just two hits from the Vermont Lake Monsters Sunday evening, as the 'Cats once again flirted with what would have been their third no-hitter in franchise history. Nevertheless, the team claimed the weekend and season series with their Stedler Division foes in the 3-0 shutout win.

Taking home their third shutout of the 2019 season, the ValleyCats (32-42, 15-16) racked up 15 strikeouts while allowing just six base runners to reach defensively. Following three innings to start with five strikeouts from Peyton Battenfield, Hunter Brown (2-2) struck out three in two frames to follow, stranding the only man that reached to take the win.

After four economical no-hit innings from each team to start, the 'Cats got on the board with a pair of hits in the bottom of the fifth, loading up the bases for Korey Lee to come home on a fielder's choice with one out.

Following the no-hit bid being broken up with two outs in the top of the eighth by Oakland Athletics 2019 first round selection Logan Davidson, Tri-City's Luis Santana extended the score in the bottom of the inning with his second home run of the season, a two-run shot to left field.

Despite conceding the only two hits from the opposition, right-hander Blair Henley finished his three-inning outing with five strikeouts to preserve the shutout and take home his first professional save. Vermont's Jack Cushing (2-6) was tagged with the loss, allowing one run off three hits while walking and striking out two batters each in 4.1 innings.

Now clinching the season series against Vermont which sits at 6-4, the ValleyCats will look to close out the 2019 season with a weekend sweep on Monday, September 2. The teams will face off at Joseph L. Bruno Stadium for one final go-around, with first pitch set at a special time of 3:00 p.m.