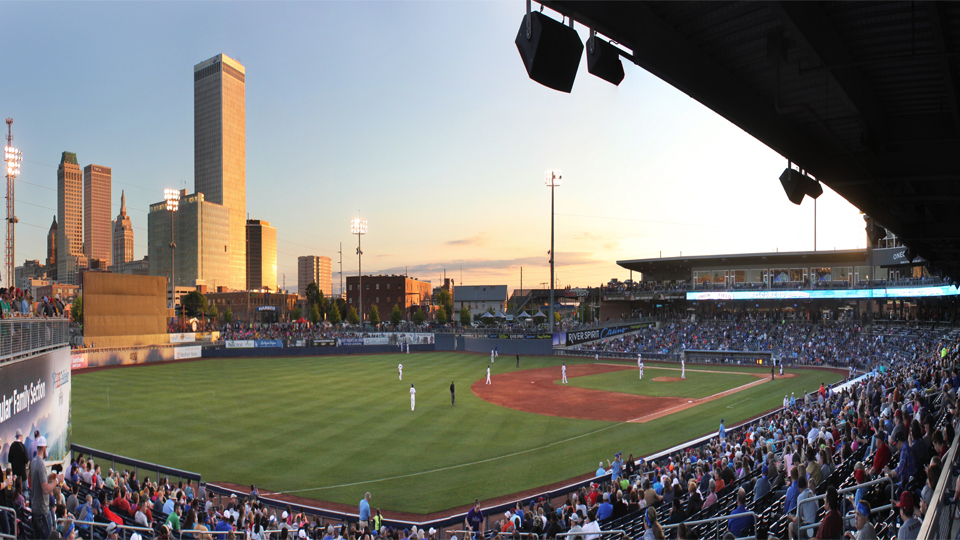 The Drillers 2018 home opener will be played on Thursday, April 12 at ONEOK Field. (Naeem Thomas)

The Tulsa Drillers have announced the dates and home start times for their 2018 Texas League schedule. To view the complete 2018 schedule, click HERE. In their fourth season as the Double-A affiliate of the National League Champion Los Angeles Dodgers, the Drillers will begin the year with a road trip through Texas against a pair of South Division foes. The home opener at ONEOK Field will be played on Thursday, April 12 against the Frisco RoughRiders.

The club will open the 2018 campaign with a three-game series in Frisco against the RoughRiders beginning on Thursday, April 5 before traveling down to Midland to face the RockHounds for a three-game set.

FULL SEASON HIGHLIGHTS & FIREWORKS SCHEDULE
Tulsa's 2018 schedule will feature 140 games, including 70 home games, divided into two halves. The first half of the Texas League season will conclude following the games played on June 18.

Beyond the regular Friday and Saturday night shows, there will also be three consecutive nights of post-game fireworks displays in celebration of Independence Day from July 4-6.

DAILY BREAKDOWN & START TIMES
Fans will be excited to know that among the 70 Drillers home games played at ONEOK Field, there will be a total of 42 games played on Thursday through Sunday dates with the remaining 28 games to be played on Mondays through Wednesdays.

The game on Friday, August 31 will serve as the final, regular-season home game on the 2018 Drillers schedule. The club will wrap up the regular season on the road against the Springfield Cardinals on September 3.

MONTHLY BREAKDOWN
Looking at the schedule by month, the Drillers will play 10 home games in April, 15 in both May and June, 13 in July, and 17 in August.

BEDLAM & DRILLERS MEMBERSHIP OPTIONS
College baseball fans will want to mark their calendars in April as ONEOK Field will again host two of the annual Bedlam games between OSU and OU on Saturday, April 28 and Sunday, April 29. Bedlam Seat Plans are currently able to be purchased through the Drillers ticket office, although there are only a limited number available.

In addition to the Bedlam Plan, there are several different reserved seat packages for the 2018 season now available, ranging from Full Season Plans to a Weekender Plan and a Fireworks Plan. Fans interested in any type of seat package can contact the Drillers at (918)744-5901 or by email at mail@tulsadrillers.com.