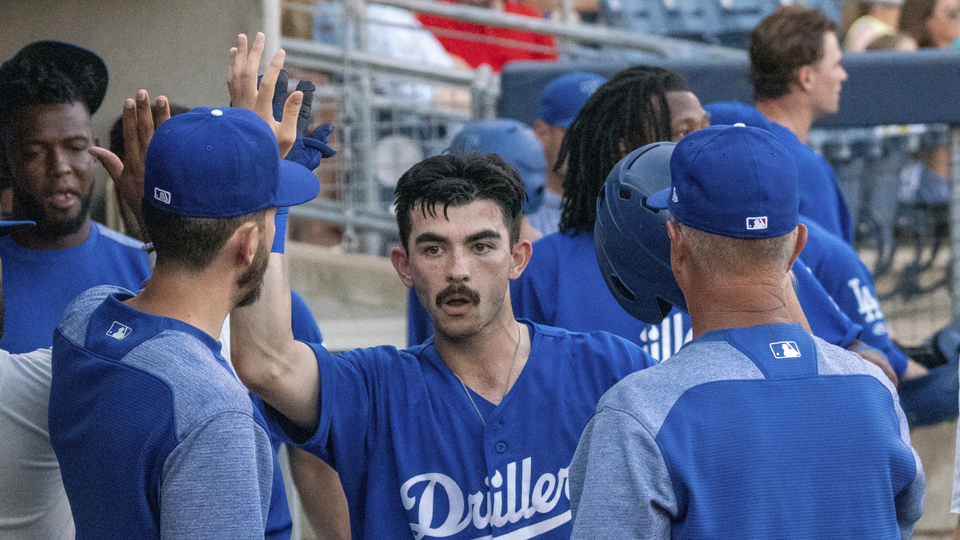 TULSA - The Tulsa Drillers entered the bottom of the fourth in a three-run deficit to the Springfield Cardinals on Tuesday night at ONEOK Field. The deficit quickly disappeared as Tulsa produced three big innings and scored a season-high 15 runs in a 15-5 victory. The win snapped a two-game losing streak for the Drillers.

The Cardinals quickly scored the first runs of the game in the top of the first. With one out, Irving Lopez gave Springfield an instant lead with a solo-home run, and Justin Toerner followed with a walk. Toerner promptly stole second, and Conner Capel knocked him in with a double, giving the Cards a 2-0 lead.

Connor Wong got a run right back in the bottom of the first. On a full count, Wong crushed a ball deep to left-center field and halfway up the berm, for his second home run of the season.

Springfield added two more in the third. After Yariel Gonzalez added a solo-home run for the third Springfield run, Elehuris Montero hit a ground ball to second but reached on a throwing error and advanced to second. Julio Rodriguez knocked in Montero with a double to give the Cards a 4-1 lead.

With one out in the bottom of the fourth, three straight walks by Chris Parmelee, Donovan Casey and Cody Thomas loaded the bases for Angelo Mora. On a full count, Mora came up with a clutch double down the right field line, scoring two. Cardinals starter Alex Fagalde then uncorked a wild pitch, plating Thomas and leveling the score at 4-4. Carlos Rincon continued the inning with a walk, spelling the end of the night for Fagalde.

Will Latcham came in out of the Springfield bullpen and was greeted with a single by Steve Berman. Jared Walker drew a pinch-hit walk and Errol Robinson capped the inning with a bases loaded walk to put Tulsa on top 6-4.

Parker Curry got the start on the mound for Tulsa, and his night came to an end after Walker was sent in to pinch hit in the Drillers big inning. It was up to the Tulsa bullpen to preserve the lead, and they came out strong.

Tulsa added three more runs in the bottom of the seventh. Parmelee started the rally with a walk, and Casey followed with a double to put runners at second and third. Thomas then delivered a clutch, two-run single. Mora capped the inning with an RBI double, extending the Drillers lead to 9-4.

The Drillers went on to complete their big offensive night with a six-run eighth. Eric Peterson led the inning off with an infield single, and Drew Avans and Robinson each drew walks to load the bases. Wong followed with an RBI walk, and Parmelee knocked in a run with a sacrifice fly.

After a groundout moved the runners up to second and third, Thomas knocked an RBI single. Mora then drew a walk and Rincon knocked in a pair with a single. Eric Peterson then drove in the Drillers 15th run of the game with an infield single.

Jordan Sheffield was called upon to get the final three outs. Toerner led the ninth off with a solo-home run, but Sheffield retired the next three Cardinals hitters.

*The bottom of the fourth ended with a series of throws leading to a putout that baseball fans would be hard pressed to see again. With the bases loaded, Cardinals reliever Latcham threw a pitch that sailed to the backstop. Berman was at third, and started to run home, but hesitated because Springfield catcher Julio Rodriguez recovered the ball quickly. The rundown attempted to get both Berman and Walker who was at second. The series of throws went 2-6-2-5-4-3-6, with Cards shortstop Rayder Ascanio getting Berman sliding into home.

*Every Drillers position player got an at-bat in Tuesday's game.

*The Drillers win allowed them to keep pace with first-place Arkansas. The Travs defeated Northwest Arkansas to retain their two-game lead in the second-half Texas League North Division standings.