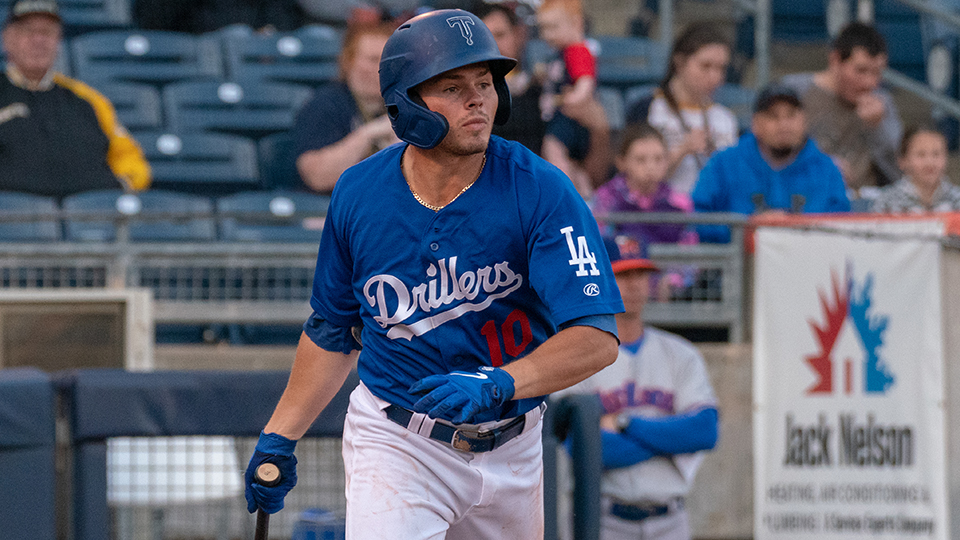 Lux opened the season with the Drillers after helping the club win the 2018 Texas League Championship following a late call up. He appeared in 64 games this season with Tulsa, hitting .313 with 24 extra-base hits, including 13 home runs, setting a career high in just half a season.

After appearing in the Texas League All-Star Game at ONEOK Field, Lux was promoted to Triple A where his season got even better. The infielder appeared in 49 games with the Oklahoma City Dodgers and fell just short of hitting .400. He settled for a .392 batting average with 13 more homers.

The 21-year-old Lux is currently in the majors with the Dodgers, making his MLB debut on September 2 by going 2-5 against the Colorado Rockies.

He is the third Dodger to win the Baseball America award since its inception in 1981, joining Mike Marshall in 1981 and Paul Konerko in 1997. He was a first-round selection (20th overall) in the 2016 First Year Player Draft out of Indian Trail High School in Kenosha, Wisconsin.